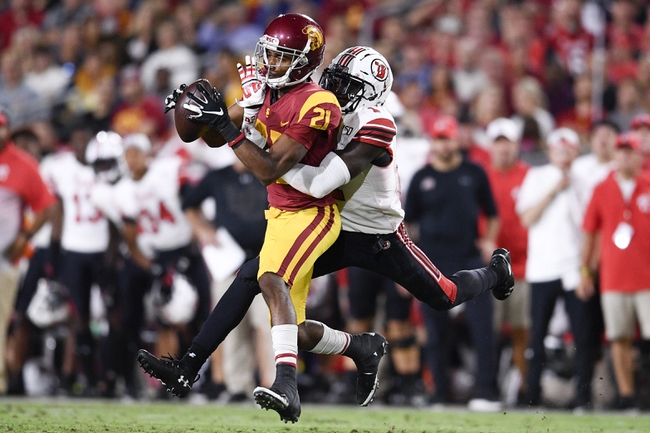 Jaylon Johnson is a cornerback from Utah who is expected to be an early-round selection in the 2020 NFL Draft. As a two-time First Team All-Pac 12 selection, Johnson has an enticing skillset that will impress NFL teams looking to improve their secondaries this season.

College Career: Johnson played high school football in Fresno, California and participated in the 2017 US Army All-American Bowl before moving on to Utah. He played in 12 games with two starts as a true freshman, and posted 25 tackles with one interception.

Johnson started all 14 games in his 2018 sophomore year and tallied 41 tackles, four interceptions and a touchdown. As a junior, he had 36 total tackles with two interceptions and a TD. Johnson chose to forego his senior season and declare for the 2020 NFL Draft.

Strengths: Johnson seemed to get better on the field and more confident with each passing year in college. He has the athleticism and natural gifts that NFL teams look for in the early rounds, and he’s crafty enough to switch up his techniques so receivers don’t get too comfortable.

Johnson is adept at laying off coverage and baiting throws, and his instincts on the field usually lead him to the right spots. He has great moves on contested balls that will lead to a lot of incompletions and interceptions, and Johnson is effective in the run support game as well.

Weaknesses: Johnson could stand to polish up his footwork; he needs to learn some patience and confidence when it comes to reacting. He comes off jittery and timid at times, but once he gains some more on-field time the butterflies should subside.

Johnson could have issues with deep threats in cover 3 sets, as it takes him ample time to open up from a prowl to a stride. At times, he’ll lose sight of a receiver when he’s got his eyes trained on the quarterback. That said, a little coaching and work on the practice field would go a long way here.

Possible Fits: By most indications, Johnson should land somewhere in the second round. There should be a run on defense in that range; CB/LB/edge guys with high upside will come off the board in a flurry. Johnson should find a home in there.

The Panthers are sitting at No. 38 overall, and they’re expected to be looking at defense early. Provided Carolina gets a solid DT on their first pick, Johnson would make a nice pickup to replace James Bradberry, who left in free agency.

Provided Johnson slips a little further, Dallas is an intriguing landing spot at No. 51 overall. The Cowboys could certainly use secondary help; Johnson’s athletic skills and eye for the football would certainly aid the retooling Dallas defense. I doubt he'll go any lower in the draft than that.