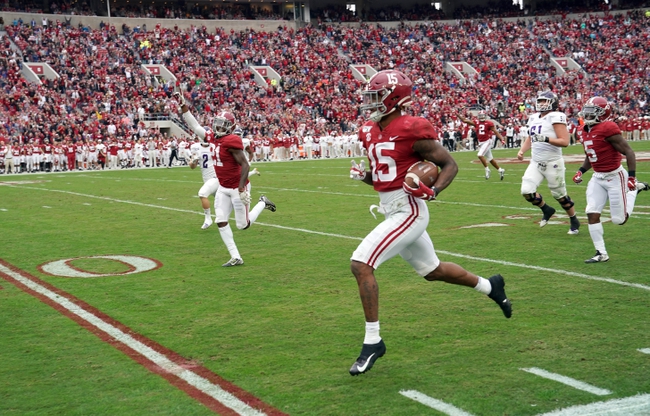 Xavier McKinney comes into the 2020 NFL draft hoping to be the next on what has become a long list of Alabama defensive backs taken in the first round of the NFL draft. McKinney is poised to be one of the best safety prospects in this year’s draft as one of the integral pieces of Alabama’s 12th straight double-digit win season.

College Career: McKinney got off to a slower start in his freshman season with the Tide, but blossomed in his sophomore and junior seasons, including personal bests of 95 total tackles, 59 solo tackles and 3 interceptions in 2019 as well as 4 forced fumbles, the most in the SEC this past season.

Strengths: In the passing game, McKinney can do everything that someone at his position is asked to do, and he does it all well. McKinney can drop back into man coverage and go step for step with slot receivers or tight ends and can prevent any sort of separation with his speed. McKinney can also play any zone and can cover a lot of ground while doing so. Defending the run, he’s as tough as nails and is a willing and able tackler as well.

Weaknesses: The only real knock on McKinney is that there’s concern for possible injury with how he throws his body around at only 6’1”, and that lack of size could hurt him in the tackling department at the next level. Only time will tell if that actually ends up being the case as he way a key part all across the board for the Crimson Tide’s defense this season.

Outlook/Possible Fit: McKinney will most likely be a fit in a starting role with whichever team drafts him, and if it’s not this year, I expect it to be within a couple of seasons that McKinney has himself in the discussion for one of the best safeties in the NFL. His versatility across the secondary as well as his ability to do it all and thrive in any defensive package makes him a must-have asset by the later stages of the 1st round. As far as a possible fit goes, there’s a lot of teams that McKinney can instantly be plugged in, but I think his best fit is the New England Patriots. The Pats need a quarterback, but they can pick one up in the later rounds most likely and the defense that was so strong lost a few pieces last season, so the addition of McKinney would ease the blow and make things a little easier on Bill Belichick and sorting out that Patriots defense for this upcoming season.