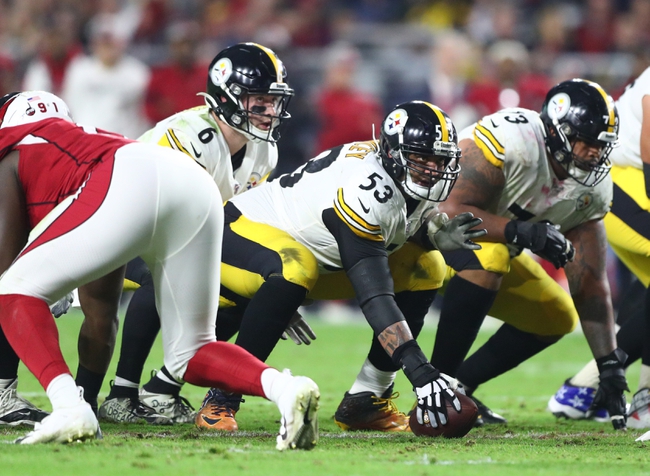 The Pittsburgh Steelers and the Arizona Cardinals meet in a Madden 20 NFL simulation game on Wednesday afternoon.

The Pittsburgh Steelers enter this game after their controversial 41-41 tie against New England last time out. JuJu Smith-Schuster leads the Steelers’ receiving group with an 86 overall rating, which includes a grade of 91 speed and 92 acceleration as well as 90 catching and 93 catching in traffic while James Conner starts at running back with an 81 overall rating with 86 speed, 89 acceleration and 89 carrying. Ben Roethlisberger is back at starting QB with an 81 overall rating with 89 throwing power and 89 short pass accuracy. Defensively, Cameron leads the Steelers’ defense at 90 overall with 93 strength, 91 tackling and 92 power move while Stephon Tuitt is on the other side of the front at 87 overall with 90 block shedding and 91 strength.

The Arizona Cardinals will look to build on a 25-13 win over the Dallas Cowboys last time out. Larry Fitzgerald leads the Cardinals’ offense at 83 overall at wideout with a 93 catch rating and 91 catching in traffic while Kenyan Drake sits at 81 overall in the Cardinal backfield with 91 speed, 89 acceleration, 90 agility and 87 carrying grades. Kyler Murray comes in as Arizona’s starting QB at 75 overall with 91 speed, 92 acceleration and 90 agility as well as 89 throwing power. Defensively, Chandler Jones leads the Cardinal defense with a 90 overall rating, including 92 power move and an 86 tackle rating while Patrick Peterson is at 92 overall with 92 speed, 92 acceleration, 95 agility and 89 man coverage at corner.

The points with Arizona are really tempting as the Cardinals took it to Dallas and still have that solid win over the Rams the game prior. However, let’s not forget that these Cardinals don’t have a ton else going on and have lost to the lowly Giants and the Bills as well. Pittsburgh gave up a hefty number of points against New England, but the Steelers have been the more impressive team offensively in these simulation matchups. I just like what I’ve seen from the Steelers up to this point, so I’ll lay the points with Pittsburgh in this one.