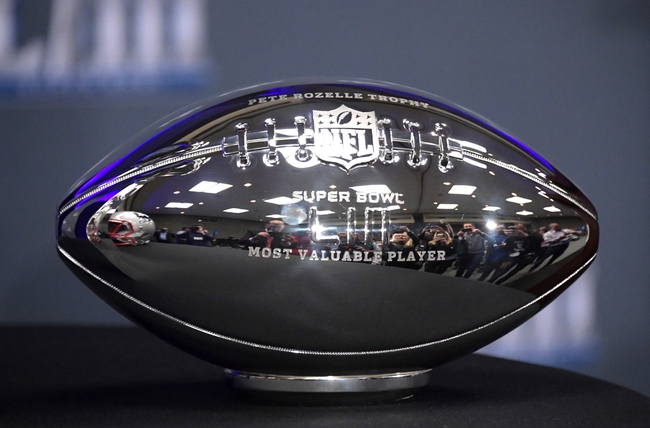 The New England Patriots and the Los Angeles Rams meet in a Super Bowl rematch in a Madden 20 NFL simulation game on Wednesday night.

The New England Patriots come into this game fresh off of a controversial 41-41 game against the Pittsburgh Steelers in their last game. Tom Brady still leads the New England offense at QB rated 91 overall with 90 throw power and 96 short pass accuracy while Julian Edelman is the top receiver in the Patriots corps at 87 overall with 91 acceleration, 91 agility and 85 catching. James White leads the Patriots’ running backs at 83 overall with 89 speed, 92 acceleration and 90 agility. On defense, Stephon Gilmore leads New England with a 98 overall rating with 99 awareness and 92 speed with 94 acceleration and 94 agility while also rated at 98 in man coverage and 96 in zone coverage. Devin McCourty is New England’s top cornerback at 92 overall with 93 zone coverage and 90+ marks in speed, agility and acceleration. Dont’a Hightower leads New England’s linebackers at 88 overall with 91 impact blocking and 92 tackling as well as 93 play recognition and 93 pursuit.

The Los Angeles Rams will be looking to build on a 40-14 win over the Tennessee Titans in their last game. Cooper Kupp leads the Rams’ receivers with an 87 overall rating with 94 agility and 95 catching while Robert Woods is not far off of the pace with an 86 overall mark including 94 catching and Brandin Cooks follows at 85 overall with 95 speed, 92 acceleration and 95 agility. Todd Gurley II leads the Rams’ ground attack at 86 overall with 91 speed and 91 acceleration as well as 95 agility and 89 carrying. Defensively, Aaron Donald is one of the game’s highly-coveted 99 overall rated players with 90 acceleration, 99 power move, 96 finesse move, 97 block shedding, 93 impact blocking and 92 tackling. Jalen Ramsey anchors the Rams’ secondary at 94 overall with 95 man coverage and 95 zone coverage with 92 speed, 93 acceleration and 90 agility.

The Rams really turned it on against Tennessee and New England’s defensive prowess in reality has lapsed and sometimes failed to transfer over to these simulations. However, I’ve said it before and I’ll say it again, the Rams have disappointed more often than not in these sim games, despite all of the high-rated players on their squad. New England continues to hang points on teams left and right, and with the line being so low, I have to side with the team that’s been easier to trust offensively, and that’s New England.