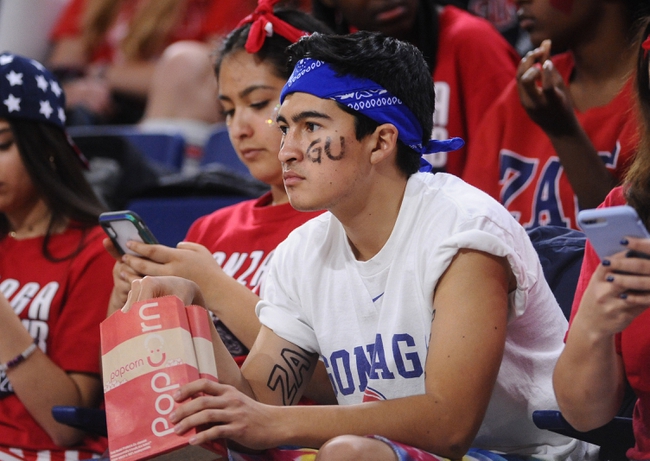 Major League Eating and BetOnline are running a bracket-style elimination eating tournament that features some of the best competitive eaters in the world and will be four rounds of different challenges. The first round starts off with two pounds of sliced bologna.

Fastest Time to Complete Round 1, Over 69 Seconds -140 - According to the Major League Eating website, the record for bologna was 2.76 pounds of pork and chicken bologna, and it took six minutes to complete. That record was set in 2006, so I’m not sure how updated that time is. However, 2.76 pounds isn’t that far off from two pounds and this time seems unbelievably low. I’m going to lay the juice and side with the over 69 seconds.

Miki Sudo, -175 to win first round vs. Michelle Lesco - While Michelle Lesco is no pushover and has some impressive feats under her belt, Miki Sudo is possibly the best female competitive eater in this business. Sudo has champed the Nathan's Famous Hot Dog Eating Contest six straight years on the female side, and she holds countless other records, including eating 8.5 pounds of kimchi in six minutes. I’m not stepping in front of her in the first round.

Matt Stonie, +240 to win first round vs. Joey Chestnut - Joey Chestnut is the deserving favorite to win this entire event and should be favored in the first round as well. However, this is a decent price with Matt Stonie, one of the top eaters in the world. Stonie not only holds countless records himself, but he was also the guy who beat Chestnut in the hot dog contest back in 2015. Chestnut is the guy to beat, but this is an intriguing first round matchup and I’ll take a shot with the big underdog.

Darron Breeden, -125 to win first round vs. Gideon Oji - This is the closest first round matchup in terms of odds, but I’m leaning toward Darron Breeden getting the victory. Breeden is not only ranked higher in the MLE rankings, but he has more experience and is used to eating heavy things during challenges such as pizza, steak and burgers. Just lunchmeat without all the extra stuff should be a lot easier on Breeden’s stomach. I like his chances.

Nick Wehry, -300 to win first round vs. Eric Booker - Eric Booker is the likable big guy who entertains during competitions and is fun to have around, but he’s the lowest ranked eater in this competition and usually comes up short in a stacked field. Nick Wehry is eighth in the MLE rankings and is somebody who has been on the rise lately. Less than a year ago, Wehry chugged a 13-pound protein shake in about two minutes. Wehry is a safe bet in the first round.

Round 1 Fastest Time: Nick Wehry +800 - While others are probably the safer bet, Wehry provides some value at this price. Wehry is an eater who has been on the rise the last couple of years and has been staying active on a Youtube show with Miki Sudo. Earlier this year, Wehry ate 12 pounds of pizza taco in under 40 minutes. A couple pounds of bologna should be nothing.

Round 1 Slowest Time: Eric Booker +250 - Again, Eric Booker is the lowest ranked eater in this competition and usually comes up short in competitions that are stacked with quality competition.

Slowest Time To Complete Round 1: Over 95 seconds -200 - If the fastest time is set at 69 seconds and its favored to the over, I’d assume that the slowest time would be longer than 95 seconds. I’ll lay the juice.

Will Anyone Vomit: Yes +800 - While these are some of the best eaters in the world and vomit usually doesn’t take place with these seasoned vets, a chance to make eight times your money certainly beats laying -1600 odds on the no. Also, rooting for vomit provides a little entertainment value as well.

Will Joey Chestnut Make The Finals: Yes -180 - If you want to hedge your first round bet of picking Stonie to advance, you can bet on Joey Chestnut to reach the finals of this tournament. Chestnut is head and shoulders the best eater in the world and I’m not going to make much money betting against him twice.