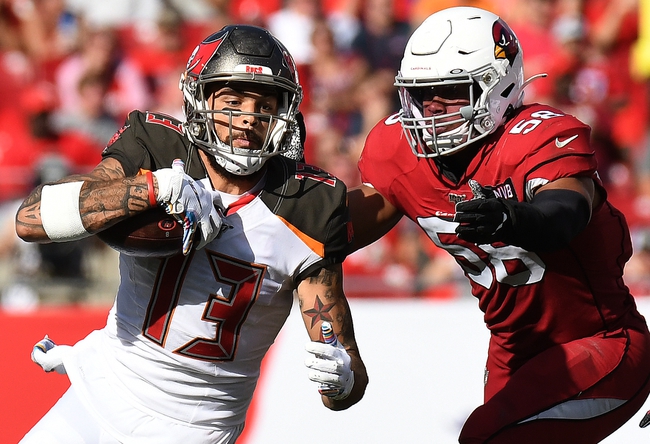 The Denver Broncos and the Tampa Bay Buccaneers meet in a Madden 20 NFL simulation game on Saturday morning.

The Denver Broncos will look to rebound from back-to-back simulation losses after a 17-12 loss to the Seattle Seahawks last time out. Phillip Lindsay leads the Broncos on offense at 85 overall at running back with 93 carrying as well as 93 speed and 91 acceleration. Courtland Sutton is right behind as Denver’s leading receiver with 89 speed, 92 acceleration and 92 catching as part of his 84 overall rating. Defensively, Von Miller leads Denver with a team-high 96 overall rating, including 93 tackling, 89 impact blocking, 90 finesse move and 93 power move. Chris Harris Jr. is at defensive back at 90 overall with a 91 man coverage rating and 90 speed. Justin Simmons and Kareem Jackson make up a strong combination in the Denver secondary at 89 and 87 overall respectively,

The Tampa Bay Buccaneers will be looking to build on a 40-23 win over the New England Patriots last time out. Mike Evans and Chris Godwin lead Tampa Bay’s offensive attack as Tampa Bay’s top two receivers with Evans owning a team-high 92 overall rating with 90 catching, 95 catching in traffic and 97 spectacular catch while Godwin is 87 overall with 97 catching. Jameis Winston comes in at 78 overall at QB in this edition of the Madden franchise. Defensively, Lavonte David is Tampa Bay’s top dog with a 90 overall rating, with 92 pursuit, 87 block shedding, 88 impact blocking and 89 tackling. Ndamukong Suh is up front at 86 overall with 93 impact blocking and Vita Vea is right behind alongside at 85 overall with 91 impact blocking.

I’ve enjoyed backing the Bucs in an underdog role lately, but I’m not sure how keen I am on Tampa Bay when laying points. With that said, while both teams are solid on defense, and while Denver is slightly better on the defensive end, Tampa Bay has done a good job competing and have the better offensive skill players on their side in guys like Mike Evans and Chris Godwin. I think the Bucs end up winning this game by 6-7 points, so I’ll lay the points with Tampa Bay in this one.