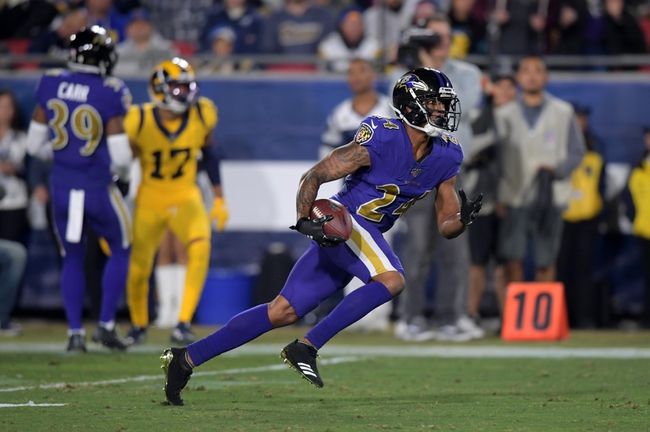 The Baltimore Ravens The Baltimore Ravens have five played ranked 91 overall or better, including safety Earl Thomas, left tackle Ronnie Stanley, quarterback Lamar Jackson, right guard Marshal Yanda and defensive tackle Michael Pierce. Not only do the Ravens have a stacked offensive line, but they have a quarterback who has a 96 speed rating and 96 acceleration rating, which makes him the modern Michael Vick and pretty much a cheat code in the video game world. Running back Mark Ingram is also tough to bring down and kicker Justin Tucker misses almost nothing with his 87 overall rating. The Baltimore Ravens may not have won the Super Bowl in real life, but they’re absolutely loaded in Madden and almost unfair to play with if you find yourself playing online.

The Los Angeles Rams have the pieces to hang around and have the front seven to collapse the pocket and make things tough on that Ravens ground game. The problem is the Baltimore Ravens have been very successful in these sim games and are pretty much a cheat code with Jackson at quarterback. I don't make a habit of laying big chalk in these computer contests, but there's a reason why the spread is what it is and it feels like oddsmakers are trying to sucker us into taking the free touchdown with the Rams. Give me the Ravens.