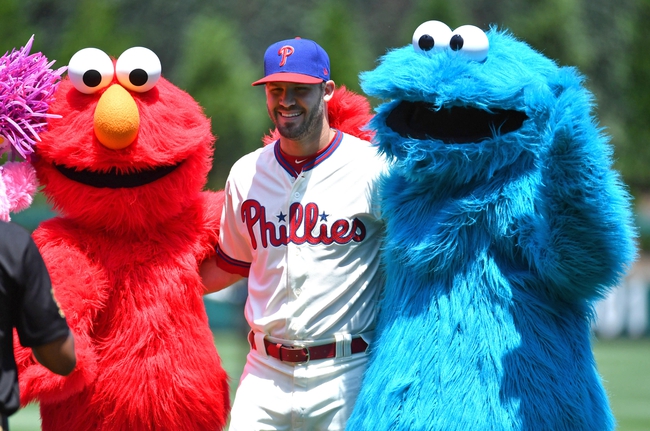 After eating two pounds of bologna on Friday, eight of the top competitive eaters in the world return Sunday for a family pack of Oreos and a half gallon of milk. This is the quarterfinals, so we’ll start to see eliminations in this round.

Fastest Time to Complete Round 2, under 119.5 seconds - After watching two of the eaters cruise under the time in the first event with no threat of elimination, it’s clear these eaters are here to play zero games. This time is giving eaters almost two minutes to eat 48 cookies and drink a half gallon of milk. That seems like too much time. Give me the under.

Gideon Oji -400 vs. Eric Booker - We mentioned in the previous challenge that Eric Booker is the lowest ranked eater in this competition by far and he rarely has success in competitions with the best eaters. Booker proved us right with the slowest time in the opening round. Gideon Oji should have a field day in this matchup and cruise to the semifinals.

Joey Chestnut -650 vs. Michelle Lesco - Michelle Lesco wasn’t all that impressive in her opening round, and now she’s going up against the best competitive eater in the world. This matchup can really only go one way and that’s Joey Chestnut winning by a landslide.

Nick Wehry +155 vs. Miki Sudo - I was high on Nick Wehry entering the first competition and he let me down with a sixth place finish. While that creates reason for pause, there’s no denying he’s still a talented eater and somebody who has flown up the rankings the last couple of years. These two know each other very well, and I’ll give Wehry a shot to redeem himself with the plus money.

Matt Stonie -150 vs. Darron Breedon - Matt Stonie cost himself a third place finish after dropping bologna all over his counter. Still, Stonie is the more proven eater between these two and is still second in terms of odds to win the entire competition. Getting Stonie at such a cheap price feels like a steal.

Round 2 Fastest Time, Joey Chestnut +150 - Joey Chestnut should be eager to redeem himself after finishing second in the opening round and any time you can get the best eater in the world at plus money, you take it. Chestnut doesn’t let you down often in eating competitions.

Round 2 Slowest Time, Eric Booker +350 - I said it in the first article and I’ll say it again. Eric Booker is head and shoulders the lowest ranked eater in this competition and is somebody who usually has a hard time hanging with the top tier eaters. Booker apparently isn’t a fan of bologna, which is why the poor showing in the opening round, but I’m still going to fade him until there’s a reason not to.

Slowest Time to Complete Round 2, Under 269.5 - We’re giving the best eaters in the world over four minutes to eat a pack of Oreo’s and drink milk. We’ve all done that in a nights work and we’re not half the eaters these folks are. I’ll take the under, as this feels like too much time.