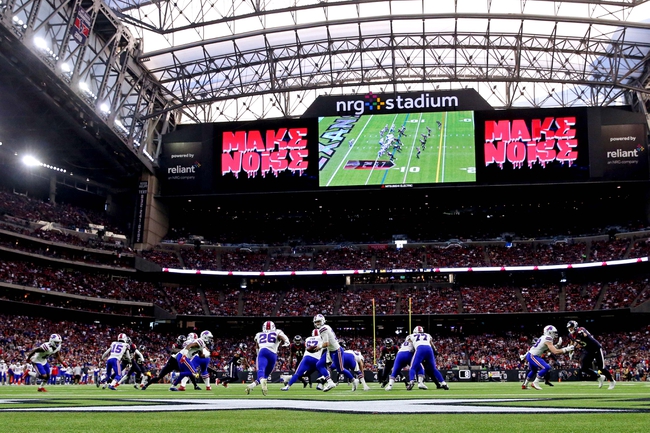 The Buffalo Bills and the Houston Texans meet in a Madden 20 NFL simulation game on Monday morning.

The Buffalo Bills will look to rebound from a 30-10 loss to Miami that sent their record to 1-4 in sim games. Cole Beasley and John Brown lead Buffalo on offense, coming in at 83 overall, with Brown being the faster of the two in-game with 92 speed and 90 acceleration while Beasley is the shiftier receiver with 92 agility. Frank Gore and Devin Singletary are the tandem at running back for the Bills at 80 overall, while Josh Allen is at 77 overall as the Bills’ starting QB. On the defensive end, the secondary is Buffalo’s greatest strength with Micah Hyde and Tre’Davious White both at 88 overall, with White possessing 91 speed and 93 acceleration at cornerback while Hyde has a 91 zone coverage rating at free safety. Jordan Poyer is 85 overall at strong safety and Lorenzo Alexander is a decent 83 overall at one of the outside linebacker spots.

The Houston Texans will look to build on three straight sim wins after a 41-38 win over Kansas City in their last outing. He’s no longer a Houston Texan, but DeAndre Hopkins leads the Texans at 98 overall in this edition of Madden with 98 catching as well as 99 grades in catching in traffic, spectacular catch, release and jumping with 92 speed, 93 acceleration and 92 agility. Deshaun Watson comes in at 86 overall at QB with 88 acceleration, 84 speed and 89 throw power while Lamar Miller is close by at 84 overall at running back with 91 carrying, 89 juke, 92 speed, 91 agility and 91 acceleration. Defensively, J.J. Watt leads the way at 97 overall with 97 strength, 94 impact blocking, 97 tackling, 93 finesse move and 94 power move. D.J. Reader and Justin Reid also sit at 84 overall for the Texans’ defense with Reader on the defensive front and Reid in the secondary.

The problem I have with the Bills is that they’ve been one of the teams that these sim game do not like. Sure, the Bills won 10 games in reality, but in these sim matchups, the Bills have lost to the Dolphins twice with their lone win coming against a Giants team that’s 1-8 in sim games up to this point. Houston’s coming off of that solid win over Kansas City and the fact is that the Texans still have Hopkins in the game and have been easier to trust at this point, so I’ll lay the points with Houston here.