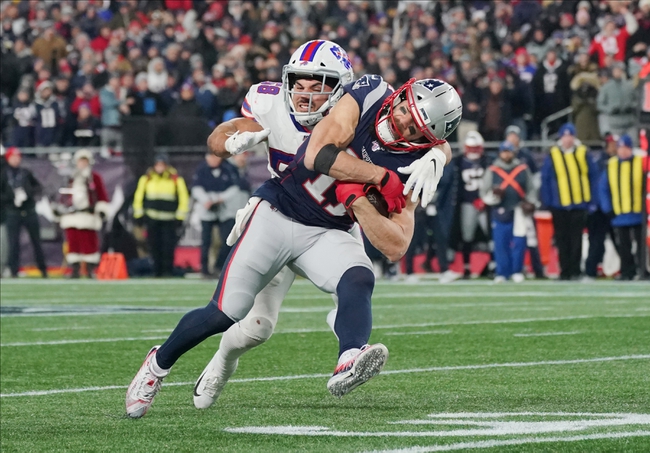 The New England Patriots and the Indianapolis Colts meet in a Madden 20 NFL simulation game on Monday night.

The Indianapolis Colts will be out to bounce back from a 26-16 loss to the Los Angeles Chargers in their last outing. T.Y. Hilton leads the Colts’ offense with an 88 overall rating, with 93 speed as well as 95 agility and 91 acceleration. The Colts also have some solid beef up front with four offensive linemen with at least an 80 overall rating, led by Quenton Nelson who has a team-high 94 overall rating with a 99 awareness rating as well as 97 strength and 92 run blocking. On the defensive end, Justin Houston leads the group at 86 overall, including a 93 mark in play recognition while Darius Leonard posts up one of the outside linebacker spots with an 85 overall rating including an 88 grade in tackling.

I get that the Colts have had their moments lately and New England has stumbled and the game’s made the Patriots look very un-Patriot-like. However, New England’s also had some beatdowns and for a lot of the game against the Chargers, the Colts just looked like they couldn’t get anything going. The Patriots have been shaky on defense, but this feels like the kind of game where they iron out their wrinkles and lay a beating on Indianapolis, so I’ll lay the points with New England here.