Leonard Fournette Trade Rumors: 5 Teams That Should Trade For Running Back 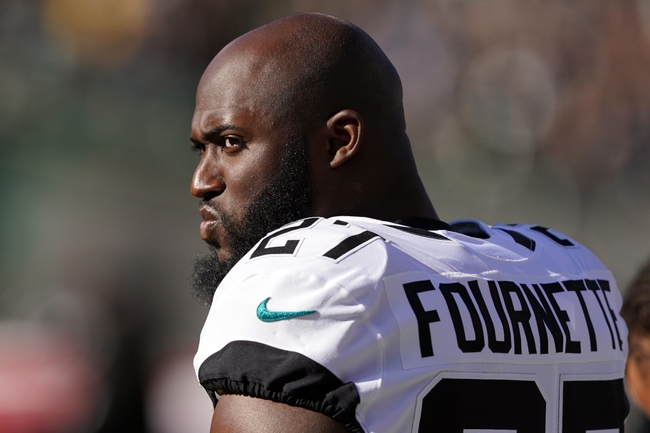 Five Teams That Should Trade For Leonard Fournette

There’s reports out there that the Jacksonville Jaguars are shopping running back Leonard Fournette before the 2020 NFL draft. While not nearly as juicy as the Odell Beckham Jr. trade rumors, Fournette is still a difference maker on the offensive side of the ball and should have plenty of gas in the tank at just 25 years old.

Here are five teams that should consider trading for Fournette.

Detroit Lions - The Detroit Lions have needed a reliable running back for years and have gone through many names over the years. Kerryon Johnson looks like he could be a solid option for years to come, but he hasn’t exactly blown the doors off in two years and even then, the Lions need depth at the position. Fournette and Johnson at the very least provides a solid 1-2 power punch in the backfield that gives the Lions some depth at a key position.

Miami Dolphins - The Miami Dolphins averaged 3.3 yards per carry last season, which was tied with the New York Jets for dead last in the league. Adding Jordan Howard improves things a little bit, but Kalen Ballage and Myles Gaskin aren’t exactly providing quality depth behind him. The Dolphins still need a running back to improve last years numbers and they have a trillion draft picks that allow them to put together a reasonable package for somebody like Fournette.

New York Jets - Speaking of the New York Jets, they need a running back after being 31st in the league last season in total rushing yards. Head coach Adam Gase has made it known multiple times he’s not exactly thrilled that Le’Veon Bell is on the Jets roster. Even with Bell, the Jets need depth at the running back position, as Trenton Cannon and Kenneth Dixon aren’t scaring anybody. Fournette would be a nice addition in New York and would allow Bell to stay fresh throughout the season with a lesser workload.

Tampa Bay Buccaneers - The Tampa Bay Buccaneers need a running back to pair with Ronald Jones now that Peyton Barber is no longer in the picture. Tom Brady could also use a bell cow in the backfield to lean on to save that shoulder for when it really matters. The Bucs can’t expect a near 43-year-old Brady to stand back there and throw the ball 600 times like he did last season. Fournette is a power back who can shoulder the load and take the pressure off Brady to do so much at his age. This fit almost makes too much sense.

Kansas City Chiefs - The Kansas City Chiefs have been thin at the running back position since the release of Kareem Hunt, and that doesn’t change with Damien Williams having a breakout performance in the Super Bowl. The Chiefs could use a complement to Williams, and Fournette is a potential fit even if he doesn’t have the hands that Andy Reid likes. We’ve seen countless times where the defending champs try to get richer, and adding Fournette for a draft pick or two certainly makes this KC offense that much scarier.