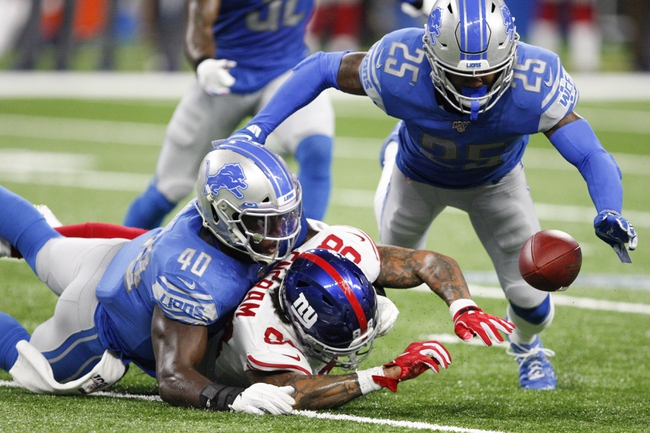 The New York Giants are very limited on both sides of the ball in terms of talent, and they're running up against a Lions team that has its best players on the defensive side, which is going to hurt that Giants ground attack. The Detroit Lions also have a clear edge at the quarterback position and Stafford isn't that bad in this video game. We just saw the Lions this weekend cruise to victory in blowout fashion. I'll lay the reasonable chalk with the Lions at home.