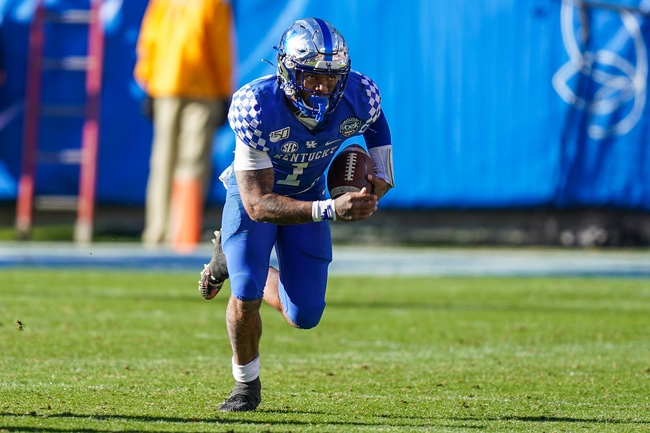 Lynn Bowden is a wide receiver out of Kentucky who is expected to be a mid-round selection in the 2020 NFL Draft. Although Bowden is listed at WR, he also has college experience as a quarterback and return specialist, so he could develop into a versatile weapon at the NFL level.

College Career: Bowden has been an elite all-purpose guy since his high school days in Ohio, where he played running back, quarterback and returner. After moving on to Kentucky, he caught 17 passes for 210 yards as a true freshman and was named to the Freshman All-Southeastern Conference team as a return specialist.

Things got interesting in Bowden’s third year with the Wildcats. He was asked to start the final eight games of his junior season in the quarterback position, which helped Kentucky gain bowl eligibility. That earned Bowden the Paul Hornung Award as the most outstanding all-purpose player in the country and gained him national recognition.

Strengths: Bowden’s strength is his versatility. A savvy offensive coordinator could turn him into a potent weapon, as he can slot into just about any skill position on offense. Bowden is a strong player and a great competitor, running with nice vision and intensity. He’s got the moves in his arsenal to make tacklers whiff, and he can break through contact to get those tough extra yards.

Bowden is a good slot receiver, and when he makes a catch his turns upfield are fast and smooth. His hands are strong during receptions; it’s difficult for a defender to knock a ball away from Bowden’s grasp once he touches it. On top of all that, he’s also a great kick returner.

Weaknesses: Bowden doesn’t do as well in tight quarters as he does in open spaces; his turns aren’t as fluent when there’s traffic around and he doesn’t have that quick-footwork explosiveness to get past the initial wave. Bowden doesn’t vary up the speed on his routes, so experienced corners will get a bead on him quickly.

When it comes to running precise routes, Bowden could use some improvement there as well, and he needs to show the coaching staff that he can contribute beyond the line of scrimmage if he’s going to see significant field time.

Possible Fits: Bowden is certainly an enigma. Mock drafts have him all over the place, but most are concentrated around the fourth round, which seems like a sensible spot for him to go. NFL teams will be looking for those proverbial diamonds in the rough in that range, and Bowden certainly fits that description. Thing is, it’s going to take a forward-thinking coaching staff and a creative OC to maximize his draft value.

An interesting spot for Bowden to land is in Round 4 at No. 130 overall. New Orleans is currently occupying that position, and the Saints run a very creative offense. Adding Bowden as another weapon in the arsenal will drive opposing coordinators nuts trying to draw up game plans.

Bowden could also conceivably go a little earlier; maybe No. 118 overall with the Broncos. Denver has quietly built themselves a pretty potent offense, and Bowden could be the missing piece to turn that squad into a real contender.