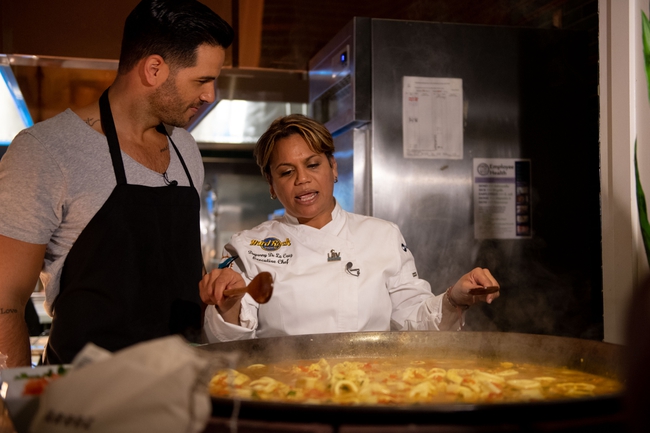 We now enter the semifinals of the Major League Eating and BetOnline quarantine challenge that will take place Tuesday night. This challenge will be 1.125 gallons of baked beans or 10 pounds if you’re into simpler weight. We’ve already made it through two pounds of sliced bologna and a pack of Oreo cookies.

Fastest Time to Complete Round 3, Over 165.5 Seconds - The record for baked beans is six pounds that was completed in one minute and 48 seconds by Don Lerman. Add four pounds to that total and you’re not leaving yourself much room for the record. You have to like the over with this time.

Gideon Oji +120 vs. Darron Breeden - Darron Breeden is the higher ranked eater between these two and is fresh off having the fastest time in the Oreo challenge by far, so he has momentum on his side. However, Gideon Oji has more than held his own this competition, winning the bologna section and finishing third with the Oreos. Oji could have tied for second with Oreos if he wasn’t penalized two seconds. For the plus money, I’ll take a stab with Oji, who has probably been the most impressive eater two challenges down.

Joey Chestnut -550 vs. Nick Wehry - I was high on Nick Wehry entering this competition and he cashed us a nice ticket Sunday night with an underdog win over Miki Sudo. Joey Chestnut also hasn’t looked great through two competitions and could have easily lost to Michelle Lesco if she wasn’t penalized 10 seconds. That’s enough to consider the big plus money with Wehry, but betting against Chestnut at this point in the competition probably isn’t wise. A second chance at life, I expect Chestnut to make the most of it.

Round 3 Fastest Time, Gideon Oji +300 - Chestnut hasn’t been sharp enough to lay the juice with in this spot and I have Gideon Oji winning the semifinals for the upset. Might as well double dip with Oji with the fastest time. Again, Oji has probably been the most impressive eater through two challenges.

Round 3 Slowest Time, Nick Wehry -110 - I was high on Nick Wehry entering this competition and he did his job by cashing some tickets, but it’s about knowing when to get off. Wehry is now in the field with the big boys and I’m just not sure he’s there quite yet. I’ll lay the cheap price with Wehry for the slowest time.

Slowest Time to Complete Round 3, Over 250.5 Seconds - Again, we’re not getting a ton of time with these lines when you consider what the record is and how much more food these guys are being asked to eat. While there’s no more weak link you can pick on to increase your chances, this is a lot of food and somebody to bound to stumble through the challenge, as we’ve seen it twice already.