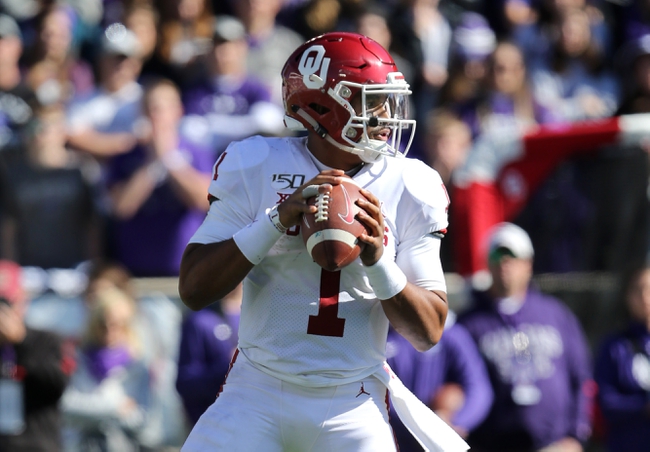 Which Round Jalen Hurts Is Selected

As we continue to look at NFL betting props for the 2020 NFL draft, I’m going to take a look at Jalen Hurts and which round he’s selected. Hurts is one of the more intriguing players of the 2020 NFL draft, as he has one of the better resumes of any player in this class and succeeded at Alabama and Oklahoma. Still, Hurts is often considered a day two or day three selection because he’s not polished as a pocket passer.

Let’s look at which round Hurts is drafted and how we can make money on this prop.

First Round, +450 - While we see surprises in the NFL draft every year, it’s hard to envision Hurts being drafted in the first round. Joe Burrow, Tua Tagovailoa and Justin Herbert are locks to be first round selections and that waters down the list drastically on who is looking for a quarterback. If there was a fourth quarterback drafted in the first round, it would probably be Jordan Love, a QB with upside and better passing ability. Hurts isn’t going in the fist round.

Second Round, -125 - Multiple NFL reporters indicate that Hurts is likely a second round pick and have considered the Baltimore Ravens and Atlanta Falcons potential fits. Hurts would fit well in the Ravens system with a similar skill set as Lamar Jackson when he came out of college. Hurts could also learn a lot behind Matt Ryan, and the Atlanta Falcons need depth at the QB position while also finding a potential successor with Ryan getting up there in age. The question is if neither of those teams pull the trigger, you’re leaving yourself exposed a bit.

Third Round, +160 - The third round is usually where teams are more comfortable to take chances with players who may a bit raw and need some coaching up. The first two rounds is where general managers want the guys they can count on to provide return on their investment. Third round and later is where it’s easier to take some risks. Also, the Ravens and Falcons have a combined three picks in the third round.

Fourth Round, +900 - Hurts will only be a fourth round selection if teams have made up their mind that he’s not an NFL quarterback or even really capable of being groomed into one. A fourth round selection shows us that teams don’t believe in Hurts all that much and even the team that drafted him was willing to risk losing him earlier. This wouldn’t be good for Hurts and his NFL future.

Fifth Round, +2500 - No matter what you think of Hurts, he’s not going in the fifth round. There’s potential with Hurts and the success of Lamar Jackson only opens up the eyes to general managers who once thought raw dual-threat QB’s couldn’t have success in the NFL. Hurts is a winner who has produced for two big name programs and that alone makes him worth an earlier selection.

Pick: Third Round. I could see Hurts being selected in the second round, but the margin is very slim to where I’m willing to take a shot with the plus money in the third. With Love, Jacob Eason and even Jake Fromm still on the board in the second round, you could see Hurt being passed up. Hurts is a winner, has great athleticism and is a better passer than some give him credit, but he’s also very raw and teams usually don’t like to take projects within the first two rounds. I’ll chase the plus money and side with Hurts going in the third round.