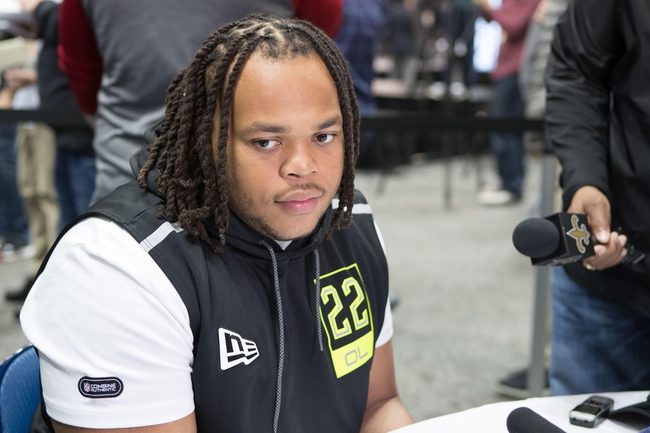 Robert Hunt enters the 2020 NFL draft as one of the more under the radar lineman prospects out of Louisiana-Lafayette and is looking to become the first Ragin’ Cajun offensive lineman to be taken in the draft since 1972.

Strengths: Hunt played a lot of his time in college as a tackle, but a lot of teams are projecting Hunt to shift inside to play guard as a professional. Hunt has really solid feet for a lineman, which contributed to his playing tackle at the college level, but when you combine his size at 6’5” and 323 pounds, Hunt can be a tough blocker inside in pass protection as well as holding his ground against strong defensive linemen on the other side. Hunt also has some quick feet as well, helping solidify his spot on the line and helping his team have success in zone-blocking patterns. His versatility/flexibility from playing tackle also gives Hunt plug and play opportunities for more playing time if injuries play a part on the team.

Weaknesses: There isn’t much to not like about Hunt, but one big knock (that can be fixed with time and work) is that Hunt needs to improve his power and strength to hang at the NFL level. Hunt has the size, but to be more of a help at running the football, Hunt will need to hit the weights and add to his strength to fend off/hold off oncoming defenders.

Outlook/possible fit: Like I said, there’s a lot to like about Hunt here, as it’s hard to find linemen with that combination of size and athleticism, even if it’s raw talent that needs to be polished off over time. This is a deep draft at wide receiver, but there are always droves of offensive linemen that go in the first couple of rounds, and I can definitely see Hunt going in the 2nd round or early 3rd if he manages to fall that far. As far as a likely fit goes, I could see the Denver Chicago Bears taking a flyer on Hunt. A big part of Chicago’s regression last season came because their offensive line was as shaky as a house of cards with a ceiling fan going, and that’s an issue that needs to be addressed.