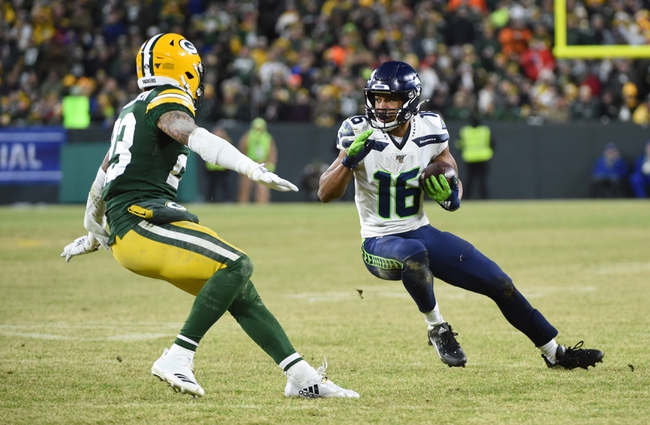 The Seattle Seahawks and the New York Giants meet in a Madden 20 NFL simulation game on Wednesday night.

The Seattle Seahawks will try to rebound from a 30-27 overtime loss to Minnesota in their last game. Russell Wilson leads the Seahawks on offense with a very good 97 overall rating with 86 speed, 90 acceleration and 93 agility as well as 91 throwing power and 93 short pass accuracy, 94 medium pass accuracy and 96 deep pass accuracy. Tyler Lockett is Seattle’s #1 wide receiver with an 88 overall rating including 93 catching, 93 speed, 92 acceleration and 97 agility. Chris Carson also has an 86 rating in the Seattle backfield with 88 speed, 89 acceleration and 91 stiff arm. On defense, Bobby Wagner is Seattle’s best defender with a 98 overall rating, with 96 tackling, 90 impact blocking, 98 power, as well as high-90s attribute ratings in pursuit and play recognition. Jadeveon Clowney is right behind on the defensive line at 88 overall with 95 pursuit, 91 play recognition, 87 speed and 90 acceleration.

The New York Giants will try to improve on their abysmal 1-8 sim record after a 44-14 beatdown loss to Detroit in their last game. Saquon Barkley leads the Giants on offense with an 89 overall rating, with 92 speed, 93 acceleration, 96 agility, 94 carrying and 94 juke ratings. Evan Engram leads the Giants’ receiving corps at tight end at 88 overall with 88 catching, 90 speed and 91 acceleration. Golden Tate III and Sterling Shepard make up a good tandem at wide receiver with each logging 90 speed and 91 acceleration with Tate III having 89 catching compared to Shepard’s 88. On defense, Leonard Williams is the only 80+ overall rated player on that side of the ball for the G-Men.

I understand that Seattle’s tripped up a couple of times, but losses to Minnesota and Kansas City aren’t bad especially when you look at the high-rated talent on those teams and the fact that these sims are as close to a coin flip as you’re going to get more often than not. However, the New York Giants are a dumpster fire in real life and even more so in this game, sporting a 1-8 record and just got crushed by a Detroit team that was winless going into that game by 30 points. This game is being played in the snow, but I don’t care, more chances for the Giants to screw up. Give me Seattle here.

The pick in this article is the opinion of the writer, not a Sports Chat Place site consensus.
Previous Pick
Kansas City Chiefs vs. Tennessee Titans - 4/22/20 Madden20 NFL Sim Pick, Odds, and Prediction
Next Pick
2020 NFL Draft Prop Bets: Who Will Be Selected First, Tua Tagovailoa Or Justin Herbert?