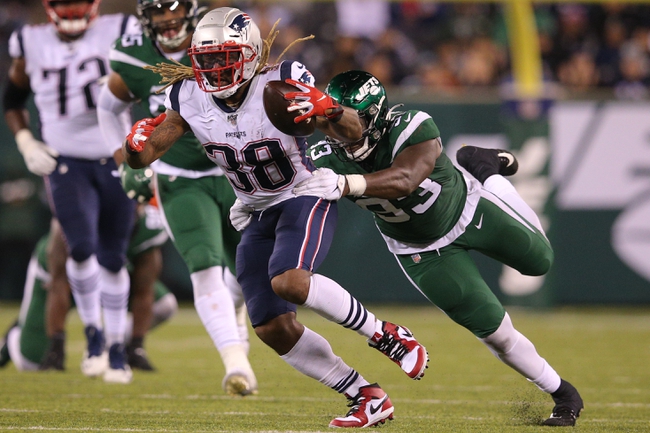 The New England Patriots and the New York Jets meet in an AFC East division matchup in a Madden 20 NFL simulation game on Wednesday afternoon.

The New York Jets will look to rebound from a 30-10 loss to the Dallas Cowboys last time out. Le’Veon Bell leads New York on offense at 88 overall, including 89 speed, 92 acceleration and 95 agility as well as 88 carrying and 91 juke. Robby Anderson is the top man in New York’s receiving corps at 84 overall with 91 catching while Sam Darnold is at74 overall as the Jets’ starting pivot under center. On the defensive end, Jamal Adams leads the Jets with a 92 overall rating, with 95 power and 92 zone coverage as well as 91 speed and 90 acceleration. The Jets also possess a pair of 85 overall rated middle linebackers in C.J. Mosley and Avery Williamson, with both boasting 89 acceleration and Mosley having 91 tackling while Williamson has 86 block shedding.