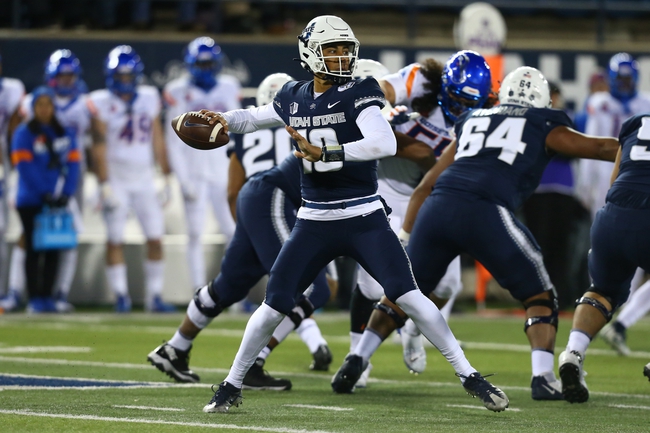 Which Team Will Draft Jordan Love?

Quarterback Jordan Love isn’t mentioned in the same conversation as Joe Burrow and Tua Tagovailoa, but one could argue he has more upside and could make a team very happy later in the first round. The trick is finding the team that takes a chance on him. There’s a prop bet available on where Love ends up. Let’s breakdown the favorites and try to make some money.

New Orleans Saints, +425 - The New Orleans Saints don’t have a true backup quarterback who you consider Taysom Hill is the gadget who does a little bit of everything, and they need to start grooming one with Drew Brees not getting any younger. The problem is the Saints only have one pick within the first two rounds, so I question if they’ll spend it on a position already filled.

Jacksonville Jaguars, +425 - No disrespect to Gardner Minshew or Joshua Dobbs, but the Jacksonville Jaguars don’t have their franchise starting quarterback on their roster right now. The Jags have two first round picks to make this happen and could afford to wait a year or two to groom Love without massive pressure from the fans to win right now.

Las Vegas Raiders, +450 - The Las Vegas Raiders are in an interesting spot at quarterback with Derek Carr and Marcus Mariota on the roster. Both have starting experience and have shown flashes, but they’ve also shown enough that makes you question if they’re really franchise game changers. The Raiders have two first round picks if they want to improve the depth at the QB position and start grooming their future.

Pick: Jacksonville Jaguars. Love is one of those players who is all over the place when you look at draft boards, as you could see him going in the top-10 to the Los Angeles Chargers or see him going in the second round. It all depends on who you talk to, so good luck being on the right side of this bet. For the article, I’ll put my money on the Jacksonville Jaguars simply because they need to find a quarterback they can groom for the future and Love seems like a lovely option. The Jags also have two first round picks, so they’re not taking a massive risk in making this selection. I like the Jags and this price.