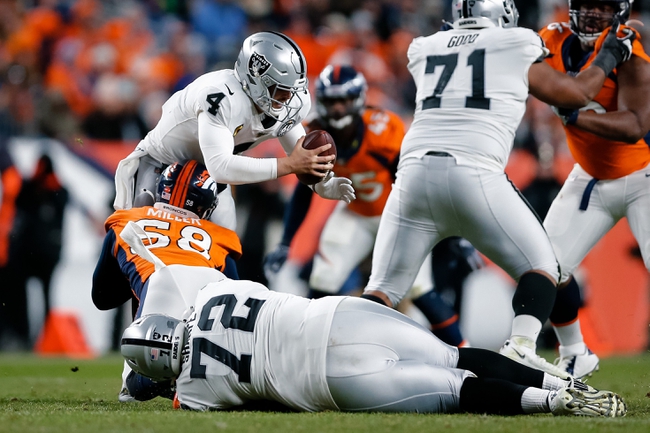 This is sure to be a battle of the trenches, as the Raiders have one of the better offensive lines in the game and the Broncos rely on their front seven. An old school style game that could go either way and the team that wins the turnover battle is probably going to come out on top. I'll lean toward the Broncos and the points because they're far more trustworthy on the defensive side and have a dominant running back in Lindsay who can put a game on ice late.

Give me the Broncos in the underdog role.