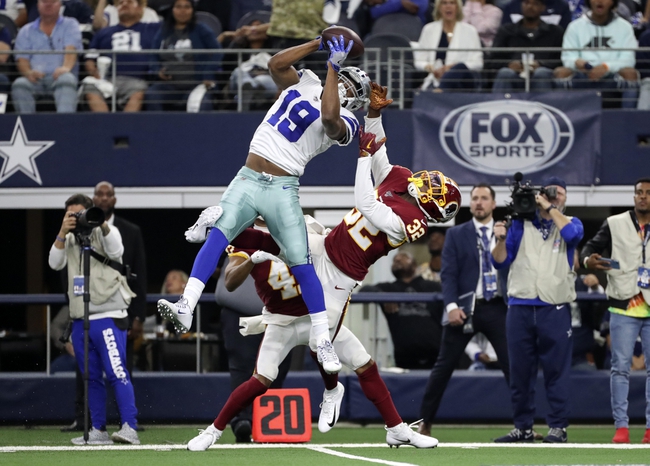 The Kansas City Chiefs and the Dallas Cowboys meet in a Madden 20 NFL simulation game on Saturday night.

The Kansas City Chiefs will look to rebound from a 3rd straight sim loss after a 47-24 loss to the Chargers last time out. Patrick Mahomes comes in as one of the game’s five heralded 99 overall rated players, with 96 throwing power as well as 97 short pass accuracy, 95 medium pass accuracy and 93 deep pass accuracy. Tyreek Hill is right there at the top of the group at 96 overall, with a 91 attribute rating in catching along with 97 juke, 99 speed, 99 acceleration and 98 agility. Travis Kelce is also at 96 overall as KC’s top tight end with attributes of 99 awareness, 85 speed. 91 catching in traffic and 91 catching overall. On the defensive side, Chris Jones and Tyrann Mathieu share the team-high on the Chiefs defense with Jones leading the pass rush at 92 overall with 91 strength, 90 tackling, 89 finesse move and 95 power move while Mathieu anchors KC’s secondary at 92 overall with a 90 man coverage rating as well as 89 in zone coverage while also being rated at 90 speed, and 92 in acceleration and 92 agility.

The Dallas Cowboys will try to build on back-to-back wins after a 20-8 win over Washington last time out. Zeke Elliott leads the Dallas offense, rated 93 overall at starting running back with 90 speed, 91 acceleration and 95 agility while Amari Cooper leads Dallas’ receiving corps at 91 overall with 92 speed, 96 agility and 89 catching. Dak Prescott has an 81 overall rating center at starting QB with 87 throwing power and 88 short pass accuracy. The Cowboys also have some size on their offensive line, with Zack Martin boasting a team-high 97 overall rating while Tyron Smith is at left tackle at 91 overall. On the defensive end, Byron Jones and Demarcus Lawrence lead the Cowboys’ defense, each at 88 overall apiece, with Lawrence owning a 93 finesse move rating, 89 power move and 88 block shedding rating while Jones has 92 speed, 94 acceleration and 96 agility to go along with an 84 man coverage rating and 90 zone coverage rating in the Dallas secondary.

Getting the Chiefs as a dog seems like a solid play in theory, but these sims haven’t been kind to the real life defending Super Bowl champs as the Chiefs continue to give up 30-40 points or more on a regular basis. Dallas has had their ups and downs, but the Cowboys have some solid offensive players and this is just more of a play for the Cowboys against that paltry Chiefs defense.