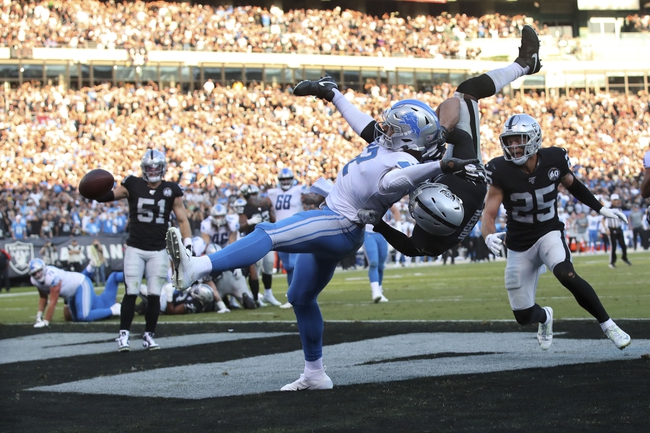 The Detroit Lions are much better than expected on the offensive side of the ball and Stafford can sling it in video game form. The Oakland Raiders don't have a whole lot going for them other than a strong offensive line and they can go through long stretches on both sides of the ball where it's sloppy football. In a toss up game I'd usually give the edge to the home team, but the Lions are far more explosive offensively in this game and that should be the edge to winning this simulation.