Defensive Rookie of the Year 2020 - NFL Pick, Odds, and Prediction 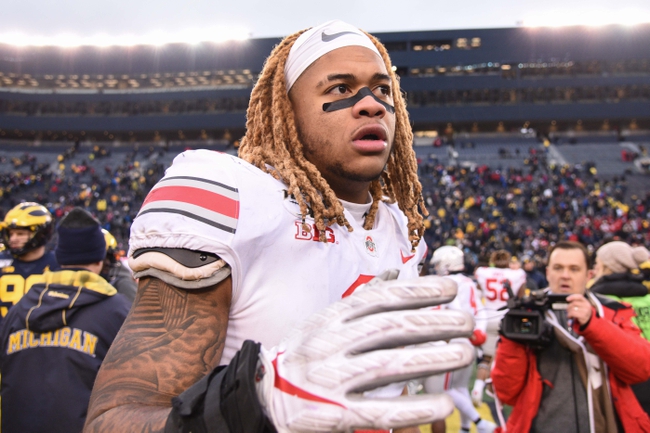 Now with the 2020 NFL draft in the books, we can turn our attention to Defensive Rookie of the Year odds and another chance to pad our bankroll. Washington Redskins prized rookie linebacker Chase Young opens up as the betting favorite at +350 odds, and while I look for juicer payouts than that when handicapping futures, there is some money to be made when looking at these prop bets.

Here are five players I’m looking at betting on for the 2020 NFL Defensive Rookie of the Year.

Chase Young, LB, Washington Redskins, +350 - Again, usually I look for sweeter payouts when betting futures and having my money tied up for several months, but Young is easily the best bet on the board and this is still a chance to make 3.5 times your money. You never go broke making a profit. Young racked up 30.5 sacks and 40.5 tackles for loss in three years at Ohio State and was convincingly the best player on the field each week. If there’s one player from the 2020 NFL draft who is nearly a lock to have a long career, it’s Young and there’s no doubt he’s going to be highly productive from day one. Young is one of those freakish players who comes around every so often and this DROTY is his to lose.

Patrick Queen, LB, Baltimore Ravens, +1700 - Patrick Queen is one of those players who is going to have a more successful pro career than college, as he was a bit of a one-year wonder at LSU. Queen has great instincts, plays sideline to sideline and his ability to tackle in the open field while holding his own in pass coverage makes him a three-down player as a rookie. Queen is also surrounded by a lot of talent and experience in Baltimore, so he’s going to be allowed to roam a bit and will look better even if he misses an assignment at times. Queen is in a good situation and has a chance to be the first Baltimore Ravens’ Defensive Rookie of the Year since Terrell Suggs in 2003.

Isaiah Simmons, LB, Arizona Cardinals, +850 - The Arizona Cardinals saw Kyler Murray take home the Offensive Rookie of the Year last season and now Isaiah Simmons is a top-two favorite to win this years Defensive Rookie of the Year. Simmons should be a starter from day one alongside Corey Peters and Chandler Jones, and he’s versatile enough to see countless reps. Simmons saw playing time at cornerback, safety and linebacker at Clemson, and his athletic ability along with his raw speed makes him a potential playmaker on the defensive side of the ball. Because Simmons is going to see the field a lot and line up everywhere, he’s a worthy bet for this award.

Kenneth Murray, LB, Los Angeles Chargers, +2100 - The Los Angeles Chargers may not have won a lot of games last year, but they have a lot of talent, especially on the defensive side that includes 2016 Defensive Rookie of the Year in linebacker Joey Bosa. Murray is a playmaking linebacker who covers sideline to sideline and makes those game changing plays that are tough to ignore. In three seasons at Oklahoma, Murray produced 176 solo tackles, 36.5 tackles for loss, 9.5 sacks and six pass deflections. Eye-popping statistics play a big role in who wins awards these days and Murray will have a say in who gets the hardware if he’s going to consistently make plays in the backfield.

Javon Kinlaw, DL, San Francisco 49ers, +2600 - Javon Kinlaw may be a bit of an afterthought due to his inconsistent play and the fact he spent three years on underachieving South Carolina teams, but he’s being thrown in the middle of the best defense in the NFL. While other rookies are being asked to improve and be the face of their defense, Kinlaw has less pressure and is playing with Nick Bosa, Solomon Thomas and Arik Armstead on the defensive line. Kinlaw is going to get far more favorable matchups and have chances to be a factor on the boxscore. Kinlaw is a bit raw and was inconsistent throughout his college career, but if he puts things together and with the situation he’s in, he could certainly cash a nice ticket at the end of the year.