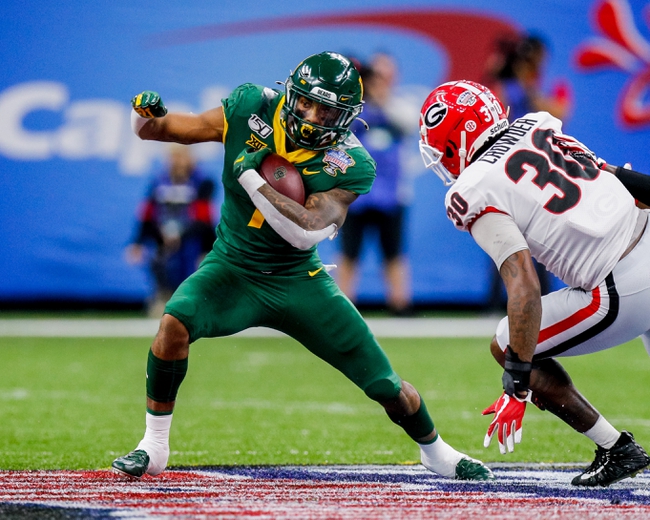 The New York Giants had the last pick in the 7th round and therefore picked Mr. Irrelevant.  Let’s get to know Mr. Irrelevant of the 2020 NFL Draft.

The last pick in the 2020 NFL Draft was Georgia linebacker Tae Crowder.  Crowder was the 4th linebacker drafted by the Giants during the 2020 draft.  Let us take a look at his college career.

College Career: Crowder played 3 seasons at Georgia.  The linebacker totaled 122 tackles, 10 tackles for a loss of yards, 1.5 sacks, while having 5 pass break ups for a career.  His most balanced season came during his junior year.  During his junior season, Crowder collected 53 tackles(6 for a loss of yards), 1.5 sacks, and 2 interceptions.  He was a finalist for the Butkus Award in 2019, which is given to the nation’s top linebacker. Crowder started his career at Georgia listed as a running back.

Mr. Irrelevant Last 20 Seasons: Mr. Irrelevant has been around since 1976. During the last 20 season’s, there had been just 2 linebackers drafted as the final pick, before Crowder.  The last linebacker taken was David Vobora.  Vobora was pegged Mr. Irrelevant, after being drafted by the St. Louis Rams during the 2008 draft. The only other linebacker to be taken since 2000 was Andre Sommersell.  Sommersell was picked by the Raiders in the 2004 draft and never played a game in the NFL. Vobora saw time in the NFL, as he played in 40 career games.

Kicker Ryan Succop has seen the most playing time as Mr. Irrelevant.  Succop has played in 166 games, after being drafted last during the 2009 draft.

The position that has seen the majority as a Mr. Irrelevant since 2000 has been a tight end.  There have been 5 tight ends drafted as the last pick since 2000.  The 2019 Mr. Irrelevant was tight end Caleb Wilson.  Wilson was drafted by the Arizona Cardinals, but hasn’t played in a game at the NFL level.

Good luck to Tae Crowder as he starts his journey in the NFL!