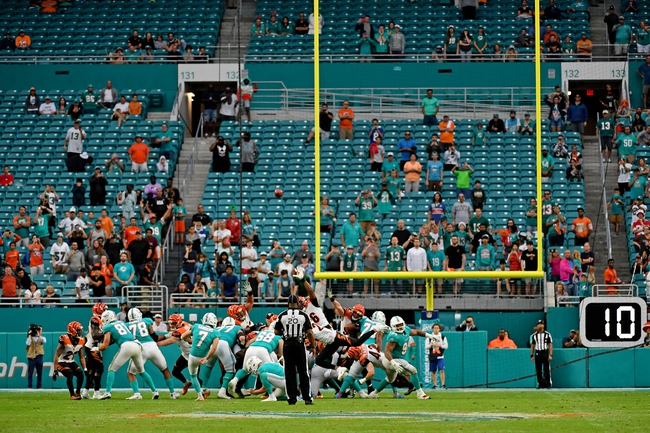 The Miami Dolphins aren't the sexiest team in the world and seriously lack talent to open the game up, but they've hung around in a lot of these simulations and gave the Minnesota Vikings a run on Sunday despite being 13-point underdogs. The Cincinnati Bengals are better in video game form than they are in real life, but they lack the depth and aren't lighting the world on fire and shouldn't be favorites against most teams in the game.

If forced to bet this contest, I want the points and the Dolphins. The Miami Dolphins have been effective lately in the passing game and don't often play like one of the worst rated teams in the game.