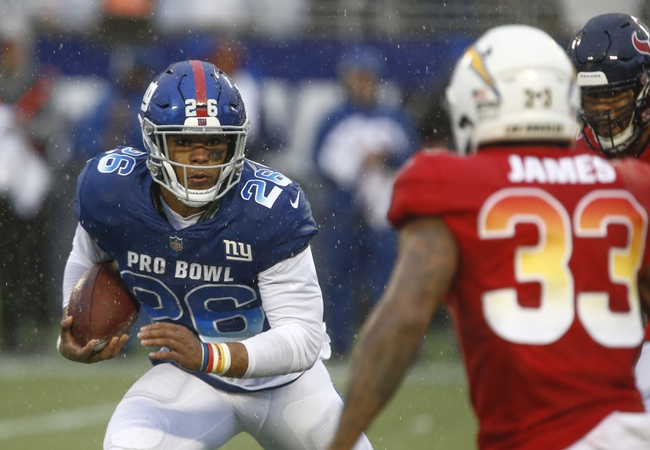 The Los Angeles Chargers are a team we've been high on from the start and they cashed us a ticket Sunday night against the Los Angeles Rams when they cruised to victory on the road in a pick em contest. The Chargers are one of the better teams in this game and shouldn't be taken lightly. With that said, you're really taking risks when laying more than a touchdown in these simulation games and putting a lot of faith in the computer to do its job. We've seen constant upsets in these sims and even double-digit underdogs win outright.

As you approach double-digit chalk, I'm usually always leaning toward the underdog. Give me the New York Giants.