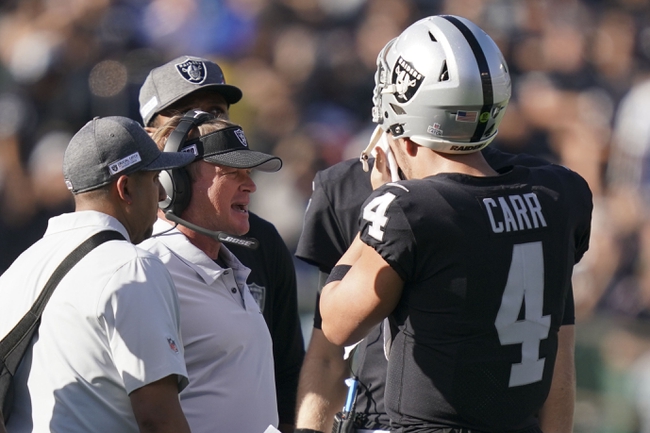 The Tampa Bay Buccaneers are probably the better team in this game in terms of the top tier difference makers on both sides of the ball that allow them to flip a game on its head. However, we're getting the Oakland Raiders at home in a pick em. The Raiders don't have a lot of talent on either side of the ball and their highest rated player is their center, but they control the trenches and can suck the life out of a game with their ground attack.

In a pick em game between two teams that aren't all that exciting, I'm leaning toward the Raiders at home.