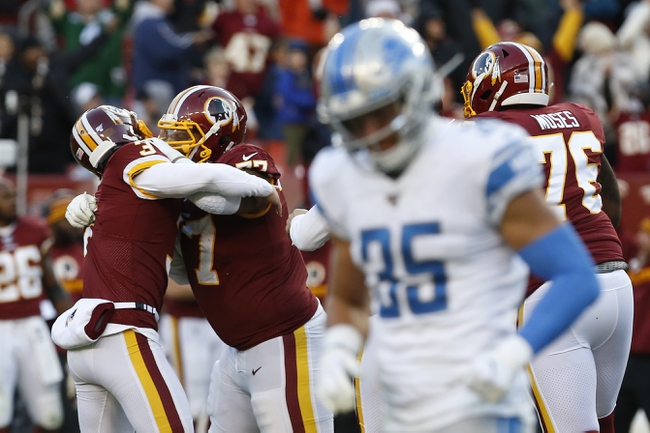 Both of these teams are extremely thin on top level ratings and aren't teams you should be running to the window to bet on. However, the Detroit Lions have a considerable edge on the offensive side both at quarterback and with wide receiver depth. The Washington Redskins have a rookie quarterback with a very low awareness rating and you have to hope he doesn't make the boneheaded mistake that kills your bet.

I have more confidence in the Detroit Lions finishing drives, so I'll lay the reasonable chalk with them on the road.