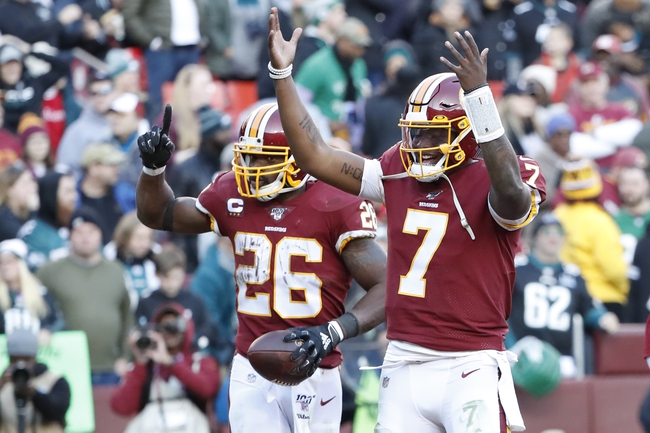 The Pittsburgh Steelers and the Washington Redskins meet in a Madden 20 NFL simulation game on Tuesday afternoon.

The Pittsburgh Steelers will look to build on a 40-10 win over Cincinnati last time out. JuJu Smith-Schuster leads Pittsburgh’s offense at wide receiver with an 86 overall rating, which includes a rating of 91 speed and 92 acceleration as well as 90 catching and 93 catching in traffic while James Conner starts at running back with an 81 overall rating with 86 speed, 89 acceleration and 89 carrying. Ben Roethlisberger is starting at QB with an 81 overall rating with 89 throwing power and 89 short passing accuracy. On defense, Cameron Heyward leads the Steelers at 90 overall with 93 strength, 91 tackling and 92 power move while Stephon Tuitt is on the other side of the front at 87 overall with 90 block shedding and 91 strength.

The Washington Redskins will look to bounce back from a 44-20 loss to Minnesota in their last game. Washington’s strength is their offensive line, with Trent Williams leading with a 92 overall rating including 95 strength, 92 pass block and 93 run block while Brandon Scherff is 88 overall with 90 run blocking and 92 strength. Jordan Reed is Washington’s top receiving threat at 84 overall with 87 catching and 87 catching in traffic while Terry McLaurin is at 81 overall and Derrius Guice leads the backfield at 80 overall, sharing the ball carrier work with Adrian Peterson who is at 79 overall. Dwayne Haskins Jr. is the starting QB for Washington despite being rated at just 70 overall. Defensively, Matt Ioannidis leads the Washington’s D with an 85 overall rating with 86 acceleration and 86 strength to go along with 84 tackling and 89 power moves while Ryan Kerrigan is at 84 overall at outside linebacker with 88 power move, 88 impact blocking and 86 acceleration.

This is a lot of points to lay when these sim games can be coin flips and it’s a one off so it all depends which simulation you get. However, the Steelers have been good at beating up on lesser teams in these sim games, and while Washington had a bit of a hot couple of games last week, the fact is that the Redskins just aren’t a good football team in this game. I’ll lay the points with the Steelers in what I hops is another beatdown.