Aaron Rodgers Rumors: Five Teams That Should Trade For Quarterback 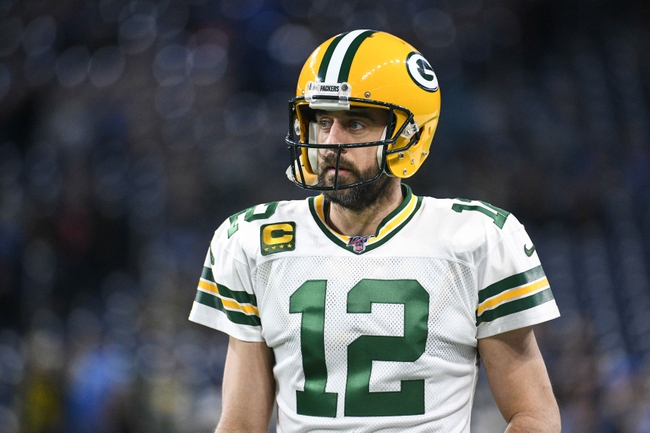 Five Teams That Should Trade For Aaron Rodgers

The Green Bay Packers first round selection of quarterback Jordan Love not only raised eyebrows during the draft, but it seems to have created rumblings that Aaron Rodgers won’t be around much longer. Former Packers QB Brett Favre mentioned that he doesn’t think Rodgers will finish his career in Green Bay, and other folks around the league believe the writing is on the wall. At 36 years old and with still many years on his contract, a team wanting Rodgers for a couple years would have to put together a trade package. There would certainly be a market for the future Hall of Fame QB.

Here are five teams that should trade for Rodgers. (I didn’t include the Detroit Lions or Chicago Bears because I doubt the Packers will trade Rodgers within their own division.)

Las Vegas Raiders - This would have been a slam dunk pick if the Raiders were still in Oakland given that Rodgers is a California guy, but Las Vegas is west coast enough. The Las Vegas Raiders need to make a big splash with the move to Sin City, and I think we’ve seen enough from both Derek Carr and Marcus Mariota to learn neither are franchise quarterbacks. The Raiders would certainly be one of the teams on the frontlines if a Rodgers market opened up.

New Orleans Saints - Word on the street is that this is the final season for Drew Brees before he takes a comfy job with NBC Sports. If that’s the case, the Saints would need a new starting QB, and it doesn’t get much better than Rodgers. This is a move that would also intrigue Rodgers given that he’s a quarterback friendly system, is playing for a franchise that chases weapons and plays half its season in a dome. After spending his whole career in freezing Wisconsin, playing indoors doesn’t sound so bad.

New England Patriots - Maybe the New England Patriots know something we don’t. Maybe the reason the Pats didn’t draft a quarterback and seem to be set on Jarrett Stidham is because they know Rodgers is going to be on the market soon enough. Going from Tom Brady to Rodgers would be unfair, even if it’s for a limited amount of time. If there’s smoke to this fire and the Patriots still don’t have a quarterback, watch out.

Indianapolis Colts - The Indianapolis Colts will need a quarterback once the one season of Philip Rivers is up. While the Colts try to buy time and coach up Jacob Eason, him learning under guys such as Rivers and Rodgers the next couple of years would be incredible for his growth. The Colts are also an aggressive franchise that does its best to win each season. Also, I’ll say it again, playing indoors as you get older does wonder for the bones and is a transition I’m sure Rodgers would welcome.

Jacksonville Jaguars - The Jacksonville Jaguars don’t have a quarterback now and don’t have much of a future as a team overall. Hell, the Jaguars are the team often mentioned as a franchise that could relocate to London. The Jags are one of those teams that needs a shot in the arm to excite a depressed fanbase and getting Rodgers would certainly help. We saw it with the Tampa Bay Buccaneers and Brady. If Rodgers becomes available, the Jags should do whatever needed to close a deal.