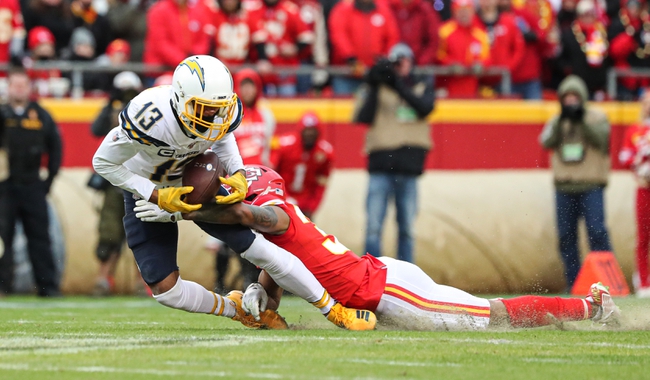 The Los Angeles Chargers and the Arizona Cardinals meet in a Madden 20 NFL simulation game on Friday night.

The Los Angeles Chargers come into this game fresh off of a tough game against the Dallas Cowboys on Thursday night. Keenan Allen leads the Bolts at 92 overall with 90 catching and 94 catching in traffic in addition to 89 speed, 92 acceleration and 92 agility while Hunter Henry is the Chargers’ top tight end at 87 overall with 89 catching as well. Melvin Gordon III and Philip Rivers are no longer on the Chargers in reality anymore, but they’re still there in the game at 84 overall with Gordon rated at 92 speed and 92 agility with 90 carrying and 90 juke while Rivers has 94 short pass accuracy and 92 medium pass accuracy. On the defensive end is where the Chargers are stashing their top-rated players with Joey Bosa leading the pass rush at 91 overall with 90 impact blocking as well as 97 finesse move and 87 strength while Casey Hayward Jr. is at 91 overall in the secondary with 91 acceleration and 92 agility in addition to 89 speed and 90+ ratings in man coverage and zone coverage. Melvin Ingram III and Derwin James Jr. each come in at 88 overall on the defensive end for the Chargers.

The Arizona Cardinals will look to rebound from back-to-back losses after a narrow 13-10 loss to Seattle in their last game. Larry Fitzgerald leads the Cardinals’ offense at 83 overall at wide receiver with a 93 catch rating and 91 catching in traffic while Kenyan Drake sits at 81 overall in the Cardinals’ backfield with 91 speed, 89 acceleration, 90 agility and 87 carrying grades. Kyler Murray comes in as the Cardinals’ starting quarterback at 75 overall with 91 speed, 92 acceleration and 90 agility as well as 89 throwing power. On D, Chandler Jones leads the Arizona defense with a 90 overall rating, including 92 power move and an 86 tackle rating while Patrick Peterson is at 92 overall with 92 speed, 92 acceleration, 95 agility and 89 man coverage at cornerback.

I considered Arizona and the points given how the Cardinals hung around against one of the better sim teams in Seattle, but the sim factor doesn’t take back-to-backs into consideration and to be honest, the Cardinals don’t bring much to the talent in terms of high-rated players. The Chargers have been one of my favorite under the radar teams to back in these simulations as they just seem to get the job done more often than not. I’ll lay the points with the Chargers here as I’m just not about going against L.A. right now.