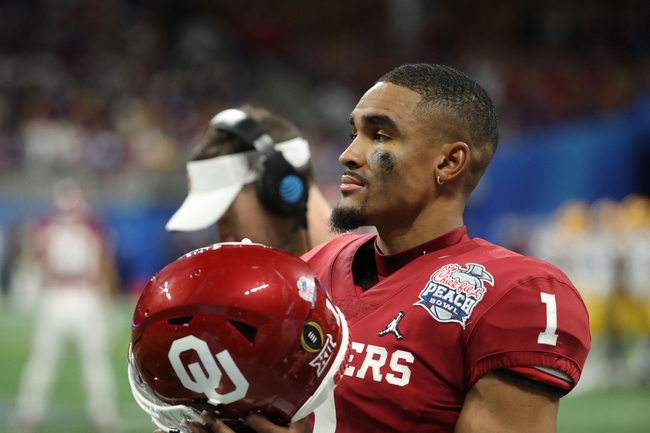 Will Jalen Hurts Start A Regular Season Game In 2020?

The Philadelphia Eagles drafted Jalen Hurts in the second round of the 2020 NFL draft for quarterback depth but also because they can’t trust Carson Wentz to stay healthy. The Eagles have mentioned that they’d like to use Hurts as a Taysom Hill-type player and even have him on the field with Wentz at times to create headaches for defenses with two legit players who can throw the football.

However, there’s a prop bet out there for Hurts starting a game in the 2020 regular season. The odds are as followed:

I’m siding with the yes.

Wentz has played four seasons in the NFL and is averaging 14 games per season for his career. In his last three seasons, that average drops a tad bit to 13.3 games per season. Wentz has a playing style that allows him to get hit often and he’s simply not the most durable player on the field.

Wentz suffered a wrist fracture in his throwing hand in 2015 and a hairline fracture in his ribs in 2016. In 2017, Wentz had the scary ACL tear and then he had a back vertebral fracture in late 2018. Wentz did play all 16 games last regular season and was one of the few constants the Eagles had, but he didn’t make it out of the first quarter of his first playoff game when he suffered a head injury. The Eagles were forced to turn to the old man Josh McCown and suffer an ugly, hopeless playoff game to the Seattle Seahawks.

Injuries are often bad luck and I don’t believe that some players are prone to getting hurt more than others. Things just happen and sometimes a player just can’t avoid getting bit by the injury bug. It's often unexplainable more than a players body just being weaker than others. No matter how you slice it, Wentz is one of those players, and it’s gotten to the point where it’s hard to trust he’s going to be available every game.

The Eagles wanted quarterback depth in Hurts, but they also wanted somebody they could mold and have in the wings if these issues with Wentz continue. You can't blame them.

I’ll bet we see Hurts start at least one game for the Eagles this season.