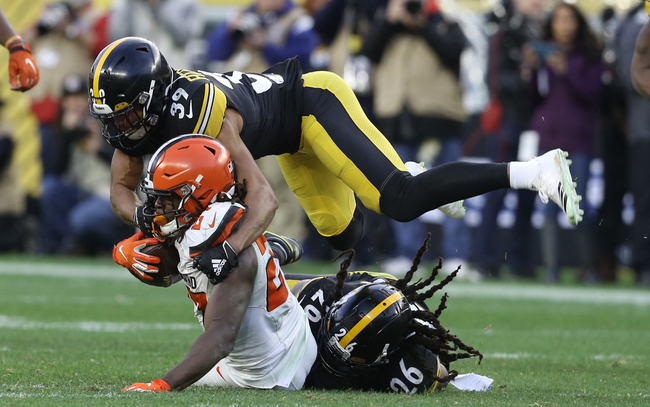 The Detroit Lions and the Pittsburgh Steelers meet in a Madden 20 NFL simulation game on Saturday afternoon.

The Detroit Lions will look to build on back-to-back sim wins after a 39-36 win over Miami last time out. Kenny Golladay and Marvin Jones Jr. are still the top receivers for the Lions with Golladay at 86 overall and Jones Jr. at 85 overall with both recording a 90 speed rating and a low-90s acceleration rating. Matthew Stafford remains at starting QB for Detroit with an 82 overall rating, including a 94 rated attribute in throwing power. Defensively, Damon Harrison Sr. leads Detroit with an 89 overall rating, including a 95 grade in impact blocking and 92 in tackling as well as a 91 mark in block shedding. Darius Slay Jr. may not be with the Lions either, but he still is on the team here and has high-80s ratings in man and zone coverage as well as low-90s ratings in speed, acceleration and agility.

The Pittsburgh Steelers will look to build on a 40-34 win over the Philadelphia Eagles in their last game. JuJu Smith-Schuster leads Pittsburgh’s offense at wide receiver with an 86 overall rating, which includes a rating of 91 speed and 92 acceleration as well as 90 catching and 93 catching in traffic while James Conner starts at running back with an 81 overall rating with 86 speed, 89 acceleration and 89 carrying. Ben Roethlisberger is starting QB with an 81 overall rating with 89 throwing power and 89 short passing accuracy. On defense, Cameron Heyward leads the Steelers at 90 overall with 93 strength, 91 tackling and 92 power move while Stephon Tuitt is on the other side of the front at 87 overall with 90 block shedding and 91 strength.

I think you can make a case for either side here, as the Lions come in on a bit of a roll in their last couple games where the offense has come alive, and Pittsburgh’s had their ups and downs lately, but the offense has been there for the most part as well. Which is why I’m going to side with the over here. This total seems low considering that the Lions have put up 83 points in their last two sim games and the Steelers are putting up at least 30 points with some form of regularity. Give me the over in this one.