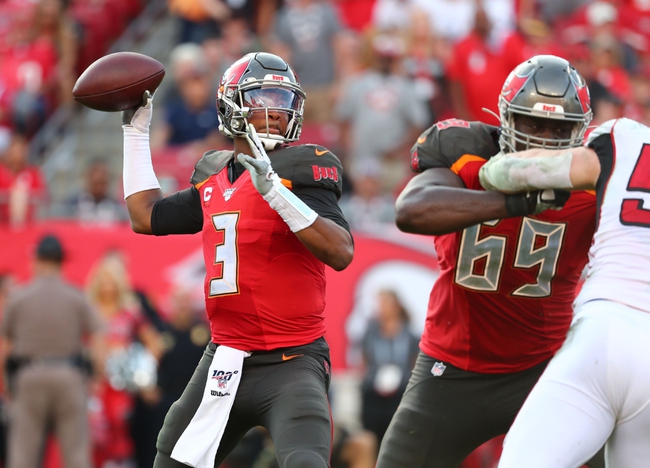 The Tampa Bay Buccaneers and the Miami Dolphins meet in a Madden 20 NFL simulation game on Sunday afternoon.

The Tampa Bay Buccaneers will try to build off of back-to-back simulation wins following a 30-25 win over Indianapolis in their last game. Mike Evans and Chris Godwin lead Tampa on offense as the top receiving duo on the team with Evans owning a team-leading 92 overall rating with 90 catching, 95 catching in traffic and 97 spectacular catch while Godwin is 87 overall with 97 catching. Jameis Winston comes in at 78 overall at starting QB for Tampa Bay in this year’s edition of the game. On the D, Lavonte David is Tampa Bay’s leading linebacker with a 90 overall rating, with 92 pursuit, 87 block shedding, 88 impact blocking and 89 tackling. Ndamukong Suh is lined up front at 86 overall with 93 impact blocking and Vita Vea is right behind alongside at 85 overall with 91 impact blocking.

The Miami Dolphins will try to snap a three-game sim losing streak after a 47-30 loss to the New York Jets last time out. Devante Parker leads the Dolphins with an 84 overall rating, including 91 speed and 91 acceleration while Albert Wilson is at 76 overall at another wide receiver spot with 91 speed and acceleration as well. Ryan Fitzpatrick leads the way at QB for Miami, but only at a 74 overall rating. On the defense, three of Miami’s four 80+ rated overall players are all in the secondary, with Xavien Howard and Aqib Talib at 82 and 81 overall with Howard owning 92 speed and 92 acceleration while Talib has 91 acceleration and 91 agility. Reshad Jones is also at 82 overall at strong safety with 86 speed and 89 acceleration.

The Dolphins have fallen off from the team that was pulling off some solid upset wins when these sim games started, but they’re capable of still putting some points on the board. On the other hand, Tampa Bay has been playing better during these sim games, but do I trust them enough to lay a touchdown with Jameis Winston at QB? Not so sure. Either way, I’ll side with the over as I could see this game finishing in the area of 31-27 or something along those lines.