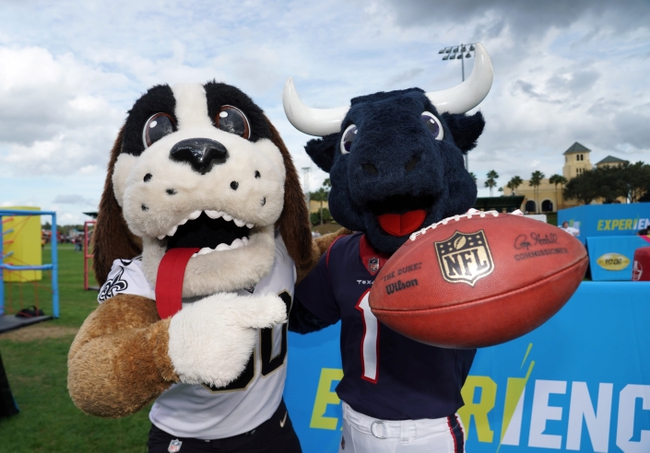 The New Orleans Saints and the New England Patriots meet in a Madden 20 NFL simulation game on Monday night.

The New Orleans Saints will be out to snap a three-game sim losing streak after a 41-24 loss to Dallas in their last game. Michael Thomas is one of the game’s five 99 overall rated players, with 89 speed, 92 acceleration and 92 agility as well as 99 catching, 98 catching in traffic and 97 spectacular catch with 96 release and 93 jumping. Drew Brees starts at QB for the Saints at 94 overall with 99 short pass accuracy, 97 medium pass accuracy and 91 deep ball accuracy. Alvin Kamara leads the Saints at running back with an 89 overall rating, including 94 acceleration, 93 agility, 90 carrying and 90 juke while Jared Cook is at 87 overall with 90 acceleration and 85 catching. On D, Cameron Jordan leads the Saints’ pass rush at 92 overall with 92 impact blocking, 89 tackling and 94 finesse move. Demario Davis is at 89 overall at outside linebacker with 90 play recognition and 90 pursuit as well as 86 speed and 89 acceleration. Marcus Williams and Marshon Lattimore also make up a big chunk of the New Orleans secondary at 86 and 85 overall.

The New England Patriots will look to rebound from a 45-22 loss to San Francisco last time out. Tom Brady leads New England at QB with a 91 overall rating with 90 throw power and 96 short pass accuracy while Julian Edelman is the #1 receiver in the Patriot offense at 87 overall with 91 acceleration, 91 agility and 85 catching. James White leads the New England running back group at 83 overall with 89 speed, 92 acceleration and 90 agility. On the defensive end, Stephon Gilmore leads NE with a 98 overall rating with 99 awareness and 92 speed with 94 acceleration and 94 agility while also rated at 98 in man coverage and 96 in zone coverage. Devin McCourty is New England’s second-highest rated defensive back at 92 overall with 93 zone coverage and 90 marks across the board in speed, agility and acceleration. Dont’a Hightower leads New England’s linebacking corps at 88 overall with 91 impact blocking and 92 tackling in addition to 93 play recognition and 93 pursuit.

There's no doubt that both of these teams are strong offensively in this game, but it's hard for me to back a side as both has shown the ability to rack points up in a hurry and both have been exposed defensively at times which is a bit more shocking for me when it comes to the Patriots. Even still, I'm going to side with the over as I wouldn't be surprised to see this game finish at 60 or more combined when all is said and done, whether that's a tight knit game or a blowout.