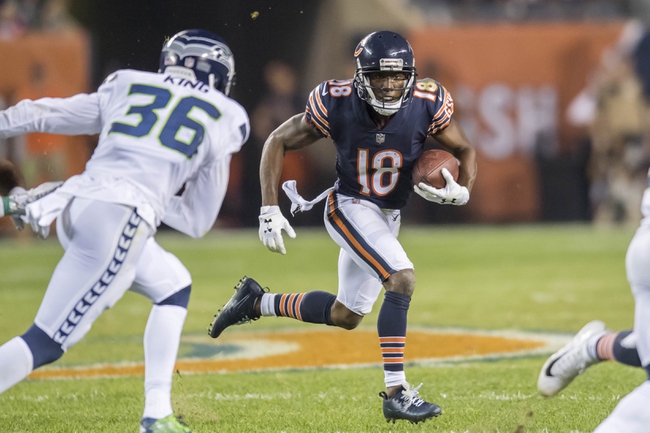 The Seattle Seahawks and the Chicago Bears meet in a Madden 20 simulation game on Tuesday afternoon.

The Seattle Seahawks will look to rebound after a 38-10 loss to the Dallas Cowboys in their last game. Russell Wilson leads Seattle’s offense with a solid 97 overall rating with 86 speed, 90 acceleration and 93 agility as well as 91 throwing power and 93 short pass accuracy, 94 medium pass accuracy and 96 deep pass accuracy. Tyler Lockett is Seattle’s #1 wide receiver with an 88 overall rating including 93 catching, 93 speed, 92 acceleration and 97 agility while Chris Carson also has an 86 rating in the Seahawks’ backfield with 88 speed, 89 acceleration and 91 stiff arm. On the defensive side of the ball, Bobby Wagner is Seattle’s top defender with a 98 overall rating, with 96 tackling, 90 impact blocking, 98 power, as well as high-90s attribute ratings in pursuit and play recognition. Jadeveon Clowney is right behind on the defensive line at 88 overall with 95 pursuit, 91 play recognition, 87 speed and 90 acceleration.

The Chicago Bears will look to rebound from a 36-9 loss to New England in their last sim appearance. Allen Robinson II leads the Bears offensively with an 89 overall rating with 90 speed and 93 acceleration as well as 96 catching while Trey Burton is at 82 overall at tight end and Taylor Gabriel is on the other side at wide receiver with an 81 overall rating. Tarik Cohen leads the Bears’ ground attack at 78 overall while Mitch Trubisky is still the Bears’ starting QB at 73 overall. On D, Khalil Mack leads Chicago with a stacked 98 overall rating, with 87 speed and 89 acceleration along with 94 tackling, 90 impact blocking, 91 block shedding, 91 finesse move and 95 power move. Eddie Jackson is rated 89 overall at free safety with a 94 grade in zone coverage and 90 acceleration while Kyle Fuller has 92 speed and acceleration at cornerback with 91 zone coverage and Akiem Hicks is at 88 overall at left defensive end with 91 block shedding and 89 power move.

I was really let down by Seattle against the Cowboys, but that’s the danger of some of these simulations as you think a lot of the ratings and probability should be in your favor, but the games being a coin flip have something else to say about that. With that said, I’m still not a fan of Chicago, and the pattern I’ve noticed in these sim games is the pattern that is a reality as well, and that’s that the Bears do well against lesser teams that they should beat, and don’t show up against the better teams like we saw with the Bears getting throttled by New England. I think Seattle shows up here, so I’ll lay the points with the Seahawks in this one.