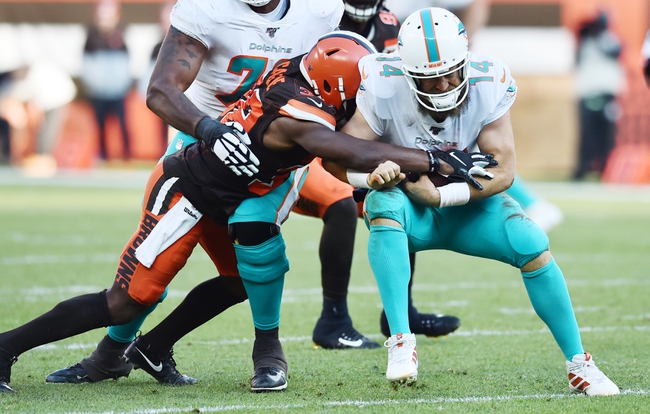 The Cleveland Browns have been an underdog a lot in these simulations, so I'm a little skeptical about them laying more than a touchdown out of nowhere. You're never quite sure which Browns squad you're going to get and the offense can either be explosive or be a dud. The Miami Dolphins are one of the worst rated teams in this video game, but they compete and have had a lot of success in these simulations in the underdog role.

I have to side with the Dolphins and the free points.