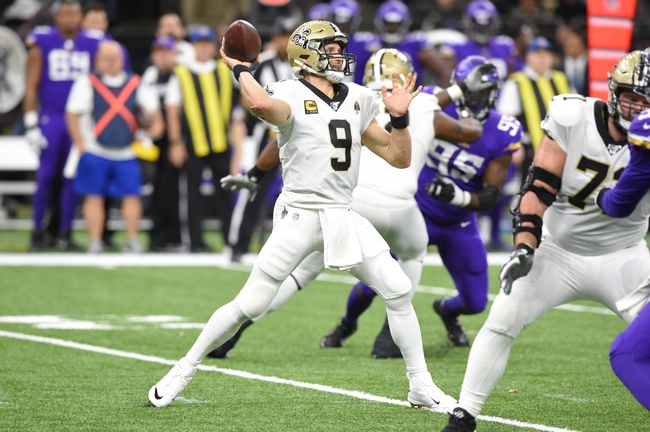 The New Orleans Saints and the Denver Broncos meet in a Madden 20 NFL simulation game on Tuesday night.

The New Orleans Saints will look to build off of a 37-30 win over the New England Patriots in their last game. Michael Thomas is one of the game’s five 99 overall rated players, with 89 speed, 92 acceleration and 92 agility as well as 99 catching, 98 catching in traffic and 97 spectacular catch with 96 release and 93 jumping. Drew Brees starts at quarterback for the Saints at 94 overall with 99 short pass accuracy, 97 medium pass accuracy and 91 deep ball accuracy. Alvin Kamara leads New Orleans at running back with an 89 overall rating, including 94 acceleration, 93 agility, 90 carrying and 90 juke while Jared Cook is at 87 overall with 90 acceleration and 85 catching. On defense, Cameron Jordan leads the Saints’ pass rush at 92 overall with 92 impact blocking, 89 tackling and 94 finesse move. Demario Davis is at 89 overall at outside linebacker with 90 play recognition and 90 pursuit as well as 86 speed and 89 acceleration. Marcus Williams and Marshon Lattimore also make up a big chunk of the New Orleans secondary at 86 and 85 overall.

The Denver Broncos will look to rebound from back-to-back sim losses after a 54-22 loss to the Jets in their last sim appearance. Phillip Lindsay leads Denver on offense with an 85 overall rating at running back with 93 carrying as well as 93 speed and 91 acceleration. Courtland Sutton is right behind as the Broncos’ top pass-catcher with 89 speed, 92 acceleration and 92 catching as part of his 84 overall rating. On defense, Von Miller leads the Broncos with a team-high 96 overall rating, including 93 tackling, 89 impact blocking, 90 finesse move and 93 power move. Chris Harris Jr. is at DB at 90 overall with a 91 man coverage rating and 90 speed. Justin Simmons and Kareem Jackson make up a strong combination in the Denver secondary at 89 and 87 overall.

This is a ton of points to give up, especially in a sim game. However, while these games can be coin flips, we’ve seen out fair share of blowouts, and Denver has been on the receiving end of some of those. I mean for a team that’s got Von Miller and Chris Harris Jr., giving up 54 to New York in a simulation is still unacceptable and you want me to now think that New Orleans won’t blow them out? We’ve seen the Saints do some damage as well offensively and I just don’t think the Broncos have what it takes here. I’ll lay the points with New Orleans in this spot.