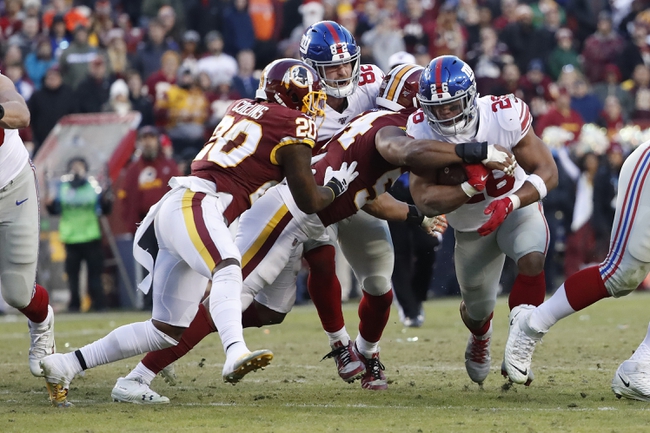 Neither of these teams are teams you want to make a habit of backing, as the depth of highly rated players just isn't there and the offenses are led by inexperienced quarterbacks with low awareness ratings. The Redskins have the edge on the defensive side, but the difference for me is the New York Giants offensive line and ground game that can suck the life out of a game and kind of take things over.

This is a tough game to call, but I'm leaning toward the Giants and the free points.