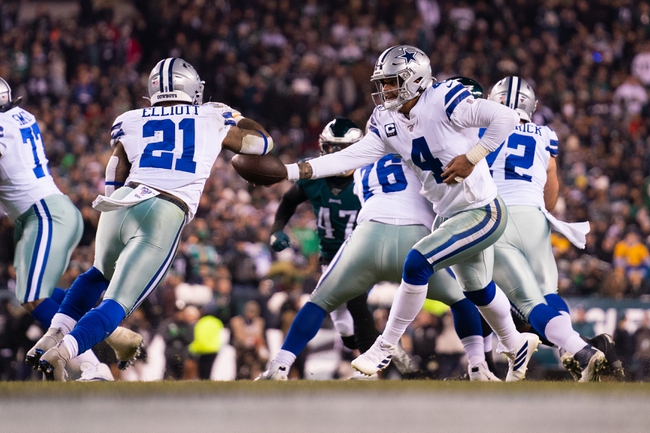 The Buffalo Bills and the Dallas Cowboys meet in a Madden 20 NFL simulation game on Thursday afternoon.

The Buffalo Bills will be out to rebound from back-to-back sim losses after a 32-18 loss to Cleveland last time out. Cole Beasley and John Brown lead the Bills’ offense at the two wide receiver slots, coming in at 83 overall, with Brown being the faster of the two in-game with 92 speed and 90 acceleration while Beasley is the more shifty receiver with 92 agility. Frank Gore and Devin Singletary are the lead tandem at RB for the Bills at 80 overall, while Josh Allen is at 77 overall as the Bills’ starting quarterback. On defense, the secondary is Buffalo’s greatest asset with Micah Hyde and Tre’Davious White both at 88 overall, with White possessing 91 speed and 93 acceleration at cornerback while Hyde has a 91 zone coverage rating at free safety. Jordan Poyer is 85 overall at strong safety and Lorenzo Alexander is a decent 83 overall at one of the outside linebacker positions.

The Dallas Cowboys will look to build on their current three-game sim winning streak after a 38-10 win over Seattle in their last game. Ezekiel Elliott leads the Dallas’ offense, rated 93 overall at running back with 90 speed, 91 acceleration and 95 agility while Amari Cooper leads the Cowboys’ receivers at 91 overall with 92 speed, 96 agility and 89 catching. Dak Prescott has an 81 overall rating as starting quarterback with 87 throwing power and 88 short pass accuracy. The Cowboys also have some meat on their offensive line, with Zack Martin boasting a team-high 97 overall rating while Tyron Smith is at left tackle at 91 overall. On the defense, Byron Jones and Demarcus Lawrence lead the Cowboys, each at 88 overall apiece, with Lawrence owning a 93 finesse move rating, 89 power move and 88 block shedding rating while Jones has 92 speed, 94 acceleration and 96 agility to go along with an 84 man coverage rating and 90 zone coverage rating in the Dallas secondary.

I know that momentum doesn’t carry in these sim games, so take Dallas’ three-game winning streak with a grain of salt. However, Buffalo’s done nothing but disappoint in these sim games and just lost to a team that the game loves, losing to Cleveland. The Browns were terrible in reality, but guys like OBJ and Chubb have high ratings and can be the difference in the games. Same thing for Dallas. The Cowboys were just 8-8 in reality, but have guys like Elliott and Cooper to be difference makers. I’m surprised this line isn’t thicker, but I’ll take it. I’ll lay the points with Dallas here.