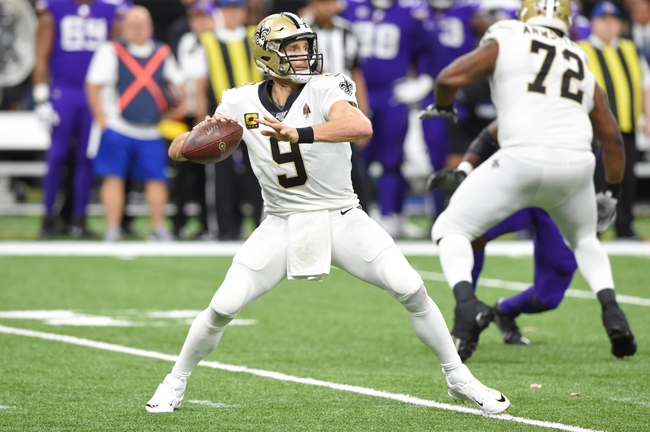 The New Orleans Saints and the Kansas City Chiefs meet in a Madden 20 NFL simulation game on Thursday night.

The New Orleans Saints will look to build on back-to-back sim wins after a 45-34 win over Denver last time out. Michael Thomas is one of the game’s five heralded 99 overall rated players, with 89 speed, 92 acceleration and 92 agility as well as 99 catching, 98 catching in traffic and 97 spectacular catch with 96 release and 93 jumping. Drew Brees is the Saints’ starting QB at 94 overall with 99 short pass accuracy, 97 medium pass accuracy and 91 deep ball accuracy. Alvin Kamara leads New Orleans in the backfield with an 89 overall rating, including 94 acceleration, 93 agility, 90 carrying and 90 juke while Jared Cook is at 87 overall with 90 acceleration and 85 catching. On D, Cameron Jordan leads the Saints’ pass rush at 92 overall with 92 impact blocking, 89 tackling and 94 finesse move. Demario Davis is at 89 overall at outside linebacker with 90 play recognition and 90 pursuit as well as 86 speed and 89 acceleration. Marcus Williams and Marshon Lattimore also make up a big chunk of the New Orleans secondary at 86 and 85 overall.

The Kansas City Chiefs will be out to rebound from a 45-28 loss to Baltimore in their last game. Patrick Mahomes comes into this one as one of the game’s five highly-desired 99 overall rated players, with 96 throwing power as well as 97 short pass accuracy, 95 medium pass accuracy and 93 deep pass accuracy. Tyreek Hill isn’t far off the pace at 96 overall, with a 91 attribute rating in catching along with 97 juke, 99 speed, 99 acceleration and 98 agility. Travis Kelce is also at 96 overall as Kansas City’s top tight end with attributes of 99 awareness, 85 speed. 91 catching in traffic and 91 catching overall. On the defense, Chris Jones and Tyrann Mathieu share the team-high on the Chiefs’ unit with Jones leading the pass rush at 92 overall with 91 strength, 90 tackling, 89 finesse move and 95 power move while Mathieu anchors KC’s secondary at 92 overall with a 90 man coverage rating as well as 89 in zone coverage while also being rated at 90 speed, and 92 in acceleration and 92 agility.

This game is a coin flip of coin flips, and I think the spread reflects that with this game being a pick ‘em. I think the Chiefs have the edge with the amount of talented players they have in terms of ratings, but you can never count the Saints out and New Orleans has some solid pieces of their own. Instead of trying to pick a side, I’m going to take the over. The total is high but this is one of those games where I could see it being 45-38 or something where the total finishes in the 70s.