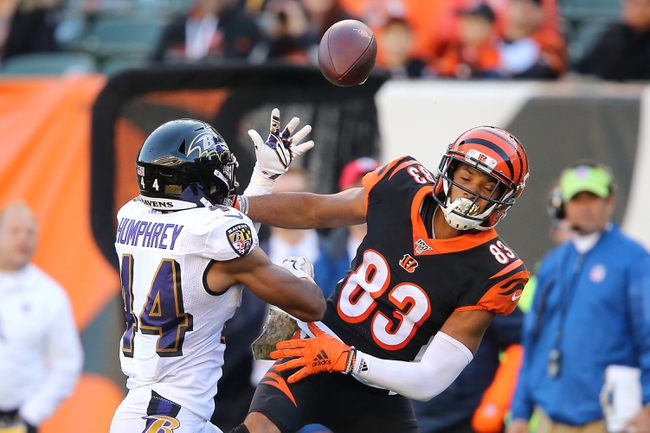 The Cincinnati Bengals and the Baltimore Ravens meet in a Madden 20 Sim Classic Group Stage matchup on Saturday afternoon.

The Cincinnati Bengals enter this game with a winless sim record of 0-7 after a 23-14 loss to the Chicago Bears in their last game. A.J. Green leads the Bengals with a 90 overall rating at wide receiver, with 90 speed and 92 agility with 92 catching and 96 marks in catching in traffic and spectacular catch. Joe Mixon starts at RB for Cincinnati with an 87 overall rating with 91 speed and 93 acceleration while Tyler Boyd is 83 overall at wide receiver. Andy Dalton is now a Dallas Cowboy, but in this game, he’s the starting at QB for the Bengals, but only has a 72 overall rating at the position. On the defensive end, Geno Atkins leads the Cincinnati front line at 88 overall with 90 strength, 89 impact blocking and 90 power moves. Carlos Dunlap is also at 82 overall on the defensive line while William Jackson leads the secondary at 81 overall.

The Baltimore Ravens come into this game with a sim record of 8-6 after a 34-19 loss to Chicago as well last time out. Lamar Jackson leads Baltimore’s offense at quarterback with a 92 overall rating, with 92 throw power and 92 short pass accuracy to go along with 96 speed, 96 acceleration and 95 agility. Mark Ingram II comes in at 86 overall as Baltimore’s top running back with 88 speed, 91 acceleration and 89 carrying while Mark Andrews is not far behind at tight end with an 85 overall rating. On defense, Earl Thomas III leads the Ravens with a team-high 93 overall rating, including 92 jumping and 96 zone coverage at free safety and Michael Pierce is a solid 91 overall on the defensive line with 94 block shedding and 90 impact blocking while Marlon Humphrey and Marcus Peters put together a strong cornerback duo at 89 and 85 overall for Baltimore. Humphrey possesses a 90 man coverage rating as well as 92 speed and 93 acceleration while Peters has 87 man coverage, 91 speed and 91 acceleration.

This is a hard game to call, as Cincinnati could win a game in the month and a half we’ve been covering sim games for this site. On the other hand, Baltimore hasn’t looked like the team that went 14-2 in these simulations and we’ve seen the Ravens be involved in some close games that probably shouldn’t have been close. With that said, I have more faith that Baltimore blows out Cincy than the Bengals keeping this one close, so I’ll lay the points with the Ravens.