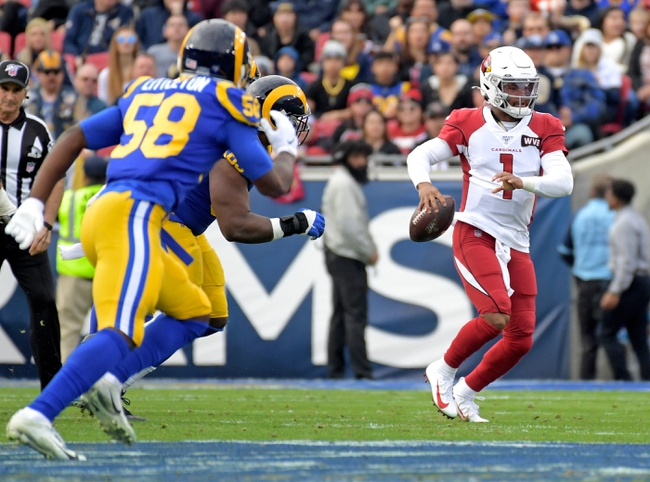 The Arizona Cardinals and the San Francisco 49ers meet in a Madden 20 NFL Sim Classic matchup on Sunday night.

The Arizona Cardinals come into this one with a 4-7 sim record after a 23-3 win over the Raiders in their last game. Larry Fitzgerald leads the Arizona offense at 83 overall at wide receiver with a 93 catch rating and 91 catching in traffic while Kenyan Drake sits at 81 overall in the Arizona’s backfield with 91 speed, 89 acceleration, 90 agility and 87 carrying grades. Kyler Murray is Arizona’s starting quarterback at 75 overall with 91 speed, 92 acceleration and 90 agility as well as 89 throwing power. On defense, Chandler Jones leads the Cards with a 90 overall rating, including 92 power move and an 86 tackle rating while Patrick Peterson is at 92 overall with 92 speed, 92 acceleration, 95 agility and 89 man coverage at cornerback.

The San Francisco 49ers come into this game with a sim record of 9-5 after a 46-27 loss to Carolina in their last game. George Kittle leads the 49er offense as a 97 overall rated tight end with 98 catching while Emmanuel Sanders comes in as the top wideout for the 49ers at 89 overall with 94 catching, 92 acceleration and 93 agility. Jimmy Garoppolo is starting under center for the Niners at 84 overall while Tevin Coleman is right behind at running back at 82 overall with 93 speed, 92 acceleration and 93 agility. On the San Fran defense, Richard Sherman leads the way at 94 overall at cornerback, with 99 awareness as well as 98 jumping, 90 man coverage and 99 zone coverage. Nick Bosa heads the 49ers’ pass rush at 89 overall with 91 finesse move and 91 acceleration. The San Francisco defense also has four additional defenders with at least an 85 overall rating, including Arik Armstead, DeForest Buckner, Dee Ford and Fred Warner.

I’ve knocked Arizona during these sim games as they don’t really have any overly high-rated offensive players like most teams that have at least one or two that make an impact. With that said, despite a 4-7 record, the Cardinals haven’t been blown out in any of these simulation games and the lone meeting with San Fran was only an 11-point loss. The 49ers have blown out better teams, but the Cardinals have given us enough of a sample size suggesting that they can hang in there that I think it’s worth taking a shot here so give me Arizona and the points.