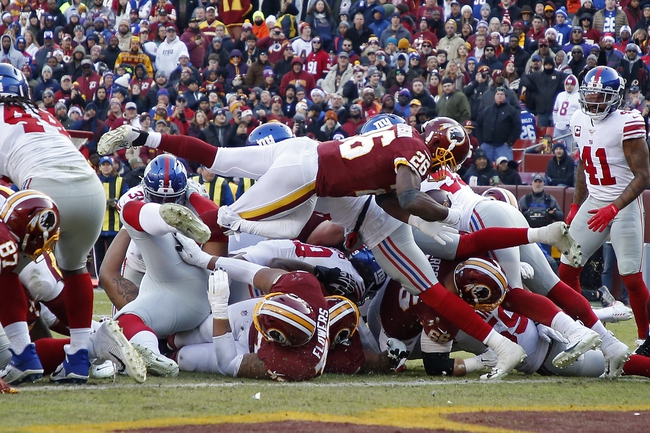 The Washington Redskins are probably the better team here and have the edge on defense, but it's not like either of these clubs are running away with things. This is as close to a toss up as it gets and it wouldn't be surprising to see the New York Giants have success on the ground and grind out a victory like they've done in the past. The Washington Redskins are better in video game form than they are in real life, but they're not good enough to be laying chalk on a consistent basis.

Give me the Giants and the two points.