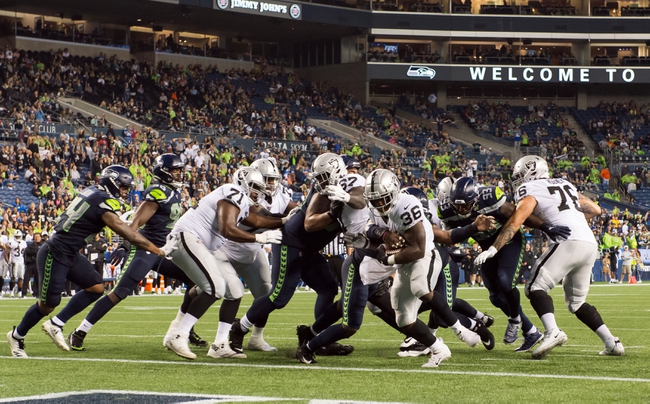 I'm never thrilled about laying a touchdown or more in these simulations where a lot of weird things take place, but the Oakland Raiders are one of those teams in this game that doesn't move the needle much. The Seattle Seahawks have a lot of talent on both sides of the ball and one of the better quarterbacks in Wilson who moves the pocket with the best of them and can lead consistent scoring drives.

This has the potential to be a simulation blowout. I'll lay the touchdown with the Seattle Seahawks.