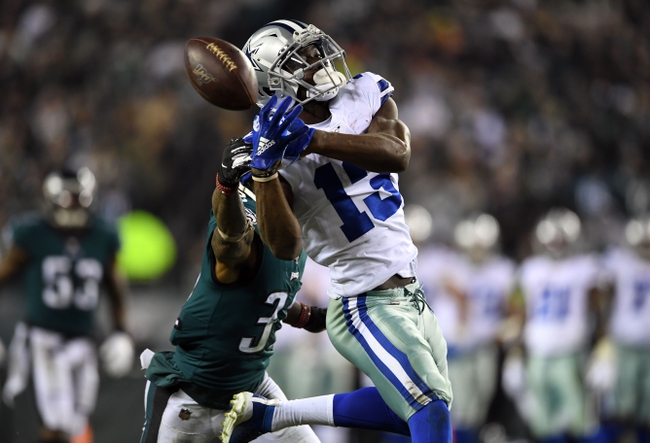 The Dallas Cowboys and the Philadelphia Eagles meet in a Madden 20 NFL Sim Classic matchup on Saturday night.

The Dallas Cowboys will look to rebound from a 41-36 loss to Washington in their last outing, falling to 1-1 in Sim Classic play. Ezekiel Elliott leads Dallas on offense, rated 93 overall at running back with 90 speed, 91 acceleration and 95 agility while Amari Cooper leads the Cowboys’ receiving group at 91 overall with 92 speed, 96 agility and 89 catching. Dak Prescott has an 81 overall rating as starting QB with 87 throwing power and 88 short pass accuracy. The Cowboys also have some girth on their offensive line, with Zack Martin sporting a team-high 97 overall rating while Tyron Smith is at left tackle at 91 overall. On the defensive side, Byron Jones and Demarcus Lawrence lead the Cowboys, each at 88 overall apiece, with Lawrence owning a 93 finesse move rating, 89 power move and 88 block shedding rating while Jones has 92 speed, 94 acceleration and 96 agility to go along with an 84 man coverage rating and 90 zone coverage rating in the Cowboys’ secondary.

The Philadelphia Eagles will try to finish Sim Classic group play unbeaten, improving to 2-0 with a 35-28 win over the Giants in their last game. Zach Ertz leads the Eagles’ offense with a 90 overall rating with 87 acceleration and 93 catching while Alshon Jeffery and DeSean Jackson make up Philadelphia’s top receiving pair at 85 and 84 overall respectively. Carson Wentz is starting QB for Philly at 83 overall while the Eagles’ top rated players are on the right side of their offensive line with Jason Kelce at center with a 94 overall rating, Brandon Brooks at 93 overall at right guard and right tackle Lane Johnson at 89 overall. On the defensive side of the ball, Fletcher Cox leads the Eagles at 95 overall with 95 strength, 93 tackling and 96 power move while Brandon Graham is right defensive end at 87 overall with 90 power move and 93 impact blocking. Malcolm Jenkins leads the Eagles’ secondary at 86 overall with 91 acceleration, 90 agility and 88 zone coverage.

The Eagles could clinch their spot in the next round with a win, but the problem is that these games don’t take those kinds of situations into consideration here. With that said, the Cowboys lost the lone sim meeting since we started covering these sim games, and I think this is a game that’s decided by a field goal, so I’ll take my shot with the Eagles and the points here.