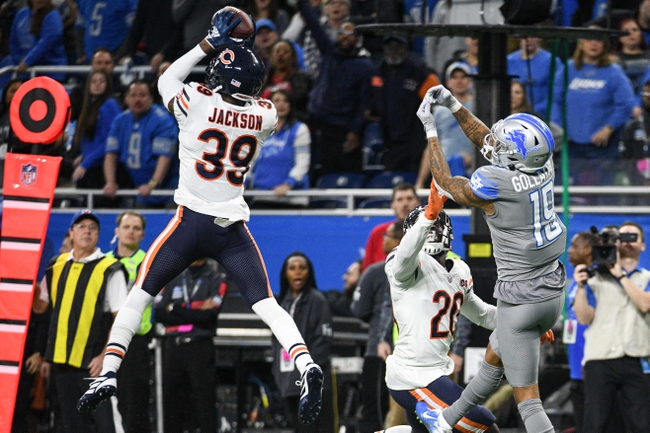 The Detroit Lions and the Chicago Bears meet in a Madden 20 NFL Sim Classic matchup on Sunday night.

The Detroit Lions will try to play spoiler after falling to 0-2 with a 22-12 loss to Minnesota last time out to drop to 0-2 in Sim Classic play. Kenny Golladay and Marvin Jones Jr. are the top receiver duo for the Lions with Golladay at 86 overall and Jones Jr. at 85 overall with both possessing a 90 speed rating and a low-90s acceleration rating. Matthew Stafford is Detroit’s starting QB with an 82 overall rating, including a 94 rated attribute in throwing power. On the defensive side, Damon Harrison Sr. leads Detroit with an 89 overall rating, including a 95 grade in impact blocking and 92 in tackling as well as a 91 mark in block shedding. Darius Slay Jr. may not be with the Lions anymore, but he still is on the team here and has high-80s ratings in man and zone coverage as well as low-90s ratings in speed, acceleration and agility.

The Chicago Bears will try to get to the knockout rounds after improving to 1-1 with a 34-26 overtime win over Green Bay last time out. Allen Robinson II leads Chicago on the offensive end with an 89 overall rating with 90 speed and 93 acceleration as well as 96 catching while Trey Burton is at 82 overall at tight end and Taylor Gabriel is an 81 overall rated wide receiver. Tarik Cohen leads the Bears’ backfield at 78 overall while Mitch Trubisky is still Chicago’s starting QB at 73 overall. On defense, Khalil Mack leads Chicago with a solid 98 overall rating, with 87 speed and 89 acceleration along with 94 tackling, 90 impact blocking, 91 block shedding, 91 finesse move and 95 power move. Eddie Jackson is rated 89 overall at free safety with a 94 grade in zone coverage and 90 acceleration while Kyle Fuller has 92 speed and acceleration at cornerback with 91 zone coverage and Akiem Hicks is at 88 overall at left defensive end with 91 block shedding and 89 power move.

Chicago needs the win here, but I don’t think the game is going to take the Sim Classic standings into consideration here. With that said, the Bears have won games but haven’t really been all that convincing in doing so and they only beat the Lions by 5 points when the two sides went against each other in an earlier simulation. Detroit’s had their butts kicked, but the Lions can keep this one close. I’ll take a shot with Detroit and the points here.