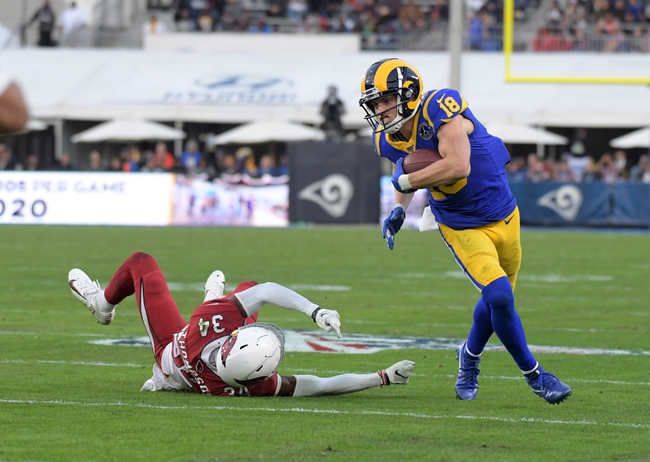 The Arizona Cardinals will try to find their first win of the Sim Classic, sitting at 0-2 after a 30-27 overtime loss to Seattle in their last game. Larry Fitzgerald leads Arizona’s offense at 83 overall at wide receiver with a 93 catch rating and 91 catching in traffic while Kenyan Drake sits at 81 overall in the Cardinals’ backfield with 91 speed, 89 acceleration, 90 agility and 87 carrying grades. Kyler Murray is Arizona’s starting QB at 75 overall with 91 speed, 92 acceleration and 90 agility as well as 89 throwing power. On defense, Chandler Jones leads the Cardinals with a 90 overall rating, including 92 power move and an 86 tackle rating while Patrick Peterson is at 92 overall with 92 speed, 92 acceleration, 95 agility and 89 man coverage at CB.

The Los Angeles Rams also come in at 0-2 with a 35-6 loss to San Francisco last time out. Cooper Kupp leads the L.A. offense and receiving group with an 87 overall rating with 94 agility and 95 catching while Robert Woods is not far off of the pace at the top with an 86 overall rating including 94 catching and Brandin Cooks follows at 85 overall with 95 speed, 92 acceleration and 95 agility. Todd Gurley II leads the Rams’ rushing attack at 86 overall with 91 speed and 91 acceleration as well as 95 agility and 89 carrying. On defense, Aaron Donald is one of the game’s five heralded 99 overall rated players with 90 acceleration, 99 power move, 96 finesse move, 97 block shedding, 93 impact blocking and 92 tackling. Jalen Ramsey leads the Rams’ secondary at 94 overall with 95 man coverage and 95 zone coverage with 92 speed, 93 acceleration and 90 agility.

Neither of these teams are advancing past this game, but the Rams are the slightly better team here in terms of ratings. However, Arizona’s done nothing but keep it close in these sim games and have lost to two of the best teams in Madden in San Francisco and Seattle by a combined 4 points. I’ll take a shot with the Cardinals and the points as well as putting a little bit on Arizona ML. Click Here to BET This NFL Sim Game