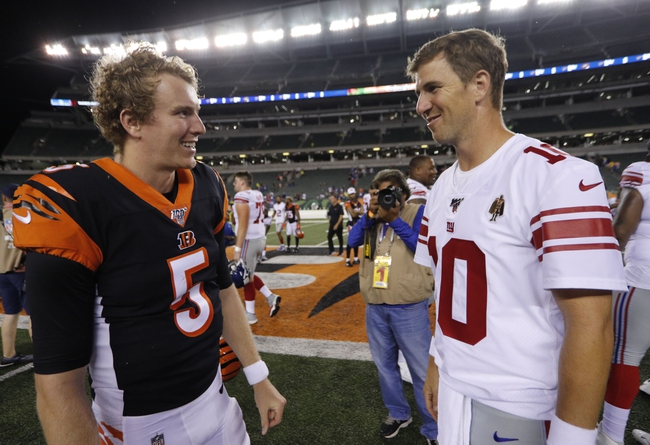 I guess the Cincinnati Bengals have more higher rated players in key positions, as they have more ways to score on the offensive end and Geno Atkins is a special player on the defensive side of the ball who can disrupt things and make the difference in your bet cashing. The problem is these teams are almost in the same boat overall, and points are the side I want to be on in these simulations that seem like complete toss ups. It wouldn't shock anybody if the New York Giants lean on that running game and grind their way to victory.

Give me my two points with the New York Giants in this toss up simulation.