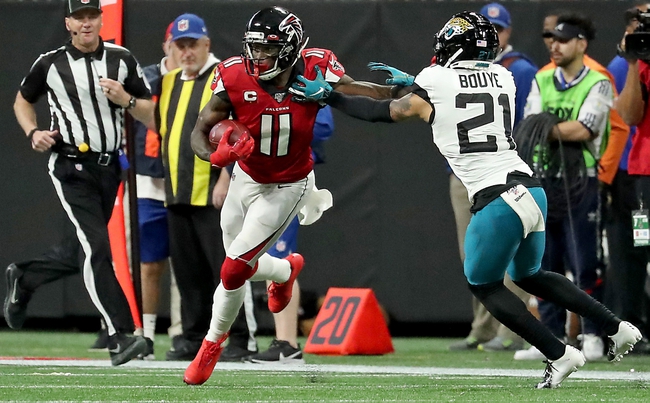 The Chicago Bears and the Atlanta Falcons meet in a Madden 20 NFL Sim Classic matchup on Thursday afternoon.

The Chicago Bears come into this matchup with a Sim Classic record of 2-1 after a 38-26 win over Detroit in their last game. Allen Robinson II leads the Bears on the offensive end with an 89 overall rating with 90 speed and 93 acceleration as well as 96 catching while Trey Burton is at 82 overall at tight end and Taylor Gabriel is rated 81 overall at wide receiver. Tarik Cohen leads Chicago’s backfield at 78 overall while Mitch Trubisky is the Bears’ starting quarterback at 73 overall. On defense, Khalil Mack leads Chicago with a solid 98 overall rating, with 87 speed and 89 acceleration along with 94 tackling, 90 impact blocking, 91 block shedding, 91 finesse move and 95 power move. Eddie Jackson is rated 89 overall at free safety with a 94 grade in zone coverage and 90 acceleration while Kyle Fuller has 92 speed and acceleration at cornerback with 91 zone coverage and Akiem Hicks is at 88 overall at left DE with 91 block shedding and 89 power move.

The Atlanta Falcons enter this game with a Sim Classic record of 2-1 after a 26-18 win over New Orleans in their last game. Julio Jones tops Atlanta with a 97 overall rating, with 92 speed and 94 agility to go along with 96 catching, 95 catching in traffic and 98 spectacular catch. Austin Hooper is rated 89 overall at tight end with 97 catching while Matt Ryan comes in at 87 overall as Atlanta’s starting quarterback and Devonta Freeman leads the ground attack for Atlanta with an 85 overall rating with 92 speed and 94 agility. On defense, Grady Jarrett leads the Falcons with a 90 overall rating with 89 strength, 90 block shedding and 93 power move while Deion Jones is the Falcons’ top linebacker at 86 overall with 89 pursuit, 90 speed and 91 acceleration. Keanu Neal and Desmond Trufant lead the Falcons’ secondary at 85 and 84 overall respectively with Trufant logging 92 speed, 93 acceleration and 96 agility.

I considered the Bears and the points given how well Chicago did against the rest of the division, but the problem is that I haven’t had much trust for Chicago over the course of these sim games as they don’t have much offensively outside of Allen Robinson. Atlanta has quite a few weapons, and while Chicago is better defensively, Atlanta isn’t as far behind Chicago defensively as Chicago is behind Atlanta on the offensive end, so I’ll lay the points with Atlanta in this spot.